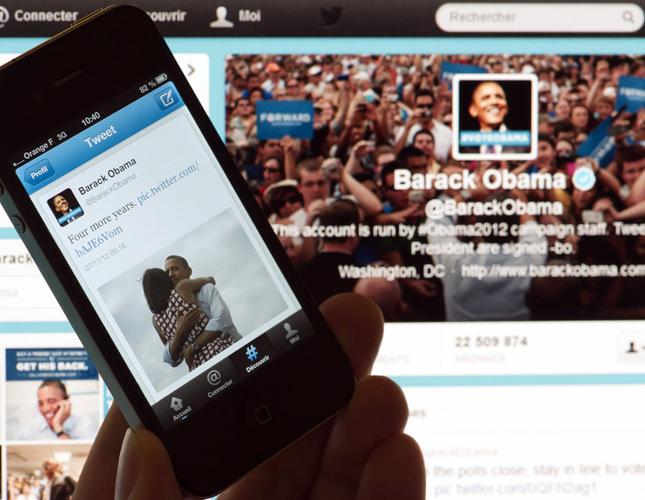 LOS ANGELES – Yet, President Barack Obama remains a popular political figure in Silicon Valley, and the wealthy tech entrepreneurs appear willing to part with their money to support the Democratic Party, especially if the president is making the pitch. Obama attended two high-dollar Democratic Party fundraisers Thursday hosted by Silicon Valley executives, drawing attention to the complicated relationship between the president and the high-tech industry.

For Obama, Northern California and the high-tech redoubt around Palo Alto has been a key part of Obama's campaign money base. And it is especially attractive to politicians because it is continually expanding.

"One of the dynamics that people on the East Coast and particularly in Washington, D.C., may not fully appreciate is that these folks are in a space that is growing," said California-based Democratic consultant Chris Lehane, a former aide to President Bill Clinton. "That adds an entire pool of fresh donor blood into the mix."

Obama's message at fundraisers has focused on this year's midterm elections and on retaining Democratic control of the Senate, essential to the remaining 2 1/2 years of his presidency.

He warned Democratic National Committee donors at an event hosted by Yahoo CEO Marissa Mayer and tech venture capitalist Sam Altman that Democratic voters were less likely to vote in a midterm election, and said the lack of action in Congress was dispiriting to them.

"The reason that we've got gridlock right now is you've got a party that's been captured by folks who are on the wrong side of the issues," he said. "The way to fix Congress is not by getting cynical and saying a plague on both your houses."

Earlier, Obama attended a fundraiser hosted by Anne Wojcicki, a biotech entrepreneur who founded the genetic testing firm 23andMe and separated last year from her husband, Google cofounder Sergey Brin. The event was advertised as a Tech Roundtable, with 30 guests and tickets set at $32,400 - a potential haul of nearly $1 million for the Democratic National Committee.

On Wednesday Obama was the star attraction at a fundraiser for House and Senate Democrats at the Los Angeles home of Disney Studios Chairman Alan Horn. Earlier Thursday, he attended a Democratic National Committee fundraiser in Los Angeles, which was closed to the media, before heading to another at the La Jolla home of billionaire and former Qualcomm Chairman Irwin Jacobs.

The role of the computer and Internet industry in politics has grown sharply over the past 10 years, increasing political contributions and expanding its lobbying presence. Executives and employees in the industry favor Democrats, yet the political action committees set up by individual tech firms tend to split their money more evenly.

So far this election cycle, computer and Internet industry political action committees have contributed about $3.5 million, with about 54 percent of it going to Republicans, according to the Center for Responsive Politics, which tracks political money. Counting political action committees and individual donors, the industry has donated more than $14 million to federal candidates, giving $3 to Democrats for every $2 to Republicans, according to the center.

The revelations of National Security Agency data collection made public by former NSA contractor Edward Snowden have prompted an outcry from tech companies whose data have been gathered by the government. Obama has had to reassure Internet and tech executives that he is committed to protecting privacy.

In addition to cybersecurity, Silicon Valley executives also have been pushing for an overhaul of immigration laws, partly to secure more H1B visas for high-tech workers but also in support of giving immigrants who are living in the country illegally a chance to achieve citizenship. They have also weighed on new "net neutrality" regulations being fashioned by the Federal Communications Commission and have raised fears that the rules would allow telephone and cable Internet providers to impose fees on Internet companies.

"There's no reason to think that the policymaking process is affected by those involved," Earnest said..

Among the major tech players, Facebook's Mark Zuckerberg has been an especially high-profile figure. He launched an advocacy group that has been among the most active on the immigration issue.

And he has been a vocal critic of the NSA's data collection, calling Obama to voice his alarm. Shortly after, Obama met with Zuckerberg and CEOs from Google, Netflix and other tech and Internet companies, pledging to safeguard privacy rights.

The administration has since issued recommendations asking Congress to pass new privacy laws that would provide broader data protections for Americans from both the government and the private sector.