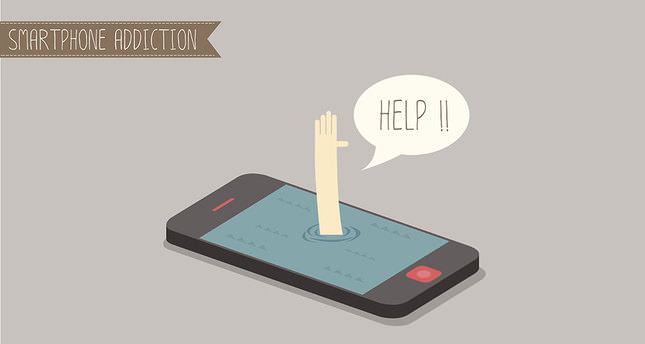 by May 18, 2014 12:00 am
MAINZ, Germany — A German student who had no smartphone when she wrote her university thesis on the device's addictiveness last year now says she is loath to do without one. The title of the thesis by Verena Minge, a 25-year-old at Mainz University who is studying German, biology and educational sciences in preparation for a career in teaching, translates as "Put Away Your Mobile Phone Once in a While."

It is advice that she herself strives to follow these days. "I wanted to show that smartphones are addictive in nature," Minge said. "The second line of investigation was to find out whether an addicted person develops other addictions as well."

Smartphones' ubiquity and allure prompted the paper. In homes and offices, buses and trains, on the street and even the toilet, people around the world are engrossed in smartphone chats and e-mail checks. Minge noticed that her friends and acquaintances consulted their smartphones when talking face-to-face with her.

One youth, in contact with several people at once, could hardly keep his eyes off his little electronic buddy.

To examine addiction-related questions like the impact of smartphone use on personal well-being, she posted a questionnaire on her Facebook page. Her Facebook friends shared it with their Facebook friends, leading to 225 participants in Minge's survey, nearly two-thirds of them students.

"The bottom line was that smartphones are very highly addictive in nature - frightening so," Minge remarked. A person whose everyday life is influenced by a smartphone, she said, has many virtual contacts and withdrawal symptoms when not online. She did not, however, find a link between smartphone use and smoking.

Medical professionals are careful with the label "addiction." The German Centre for Addiction Issues (DHS) points out that neither "smartphone addiction" nor "internet addiction" are recognised diagnoses. "We prefer to say problematic or excessive use," said DHS Deputy Director Gabriele Bartsch.

"Constantly reaching for a smartphone to answer messages day and night alters a person's communication with his or her actual surroundings and has considerable influence on behaviour," said the association's chairman, Andreas Gohlke.

At the same time, the association warns against being too quick to call a habitual smartphone user an addict.

"A smartphone is one of various ways to use virtuality, so it's about as unsafe, or safe, as a bottle of beer on a supermarket shelf," Gohlke said. "The user, or buyer, decides how to handle it."

For adolescents having grown up with electronic media, he pointed out, using them to communicate comes much more naturally than it does for their elders. In Gohlke's view, a person can be considered a smartphone addict only when several conditions have been met over an extended period of time.

"Personal factors such as self-esteem and self-confidence play a major role," he said.

Excessive internet use is not listed as a functional disorder in the World Health Organisation's International Classification of Diseases. The American Psychiatric Association's fifth edition of the Diagnostic and Statistical Manual of Mental Disorders, released a year ago, names criteria for a diagnosis of computer-game addiction for the first time. The group believes, however, that more research is needed before it can be officially recognised as a medical disorder. The Mainz student Minge is trying to keep a lid on her new habit.

"When I'm out with friends, my smartphone stays in its case," she said.