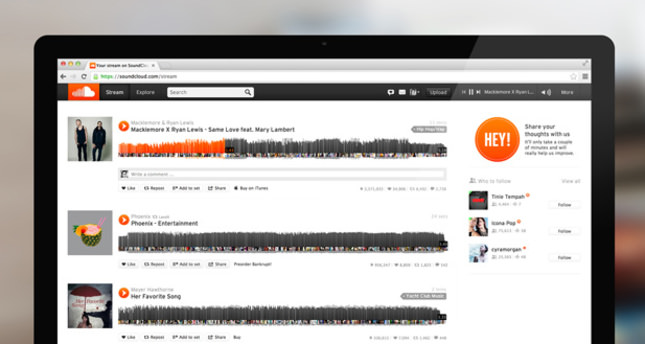 by Jun 05, 2014 12:00 am
SAN FRANCISCO — Microblogging platform Twitter Inc has been in talks with Berlin-based audio sharing website SoundCloud in its efforts to add a music service to its offering, the Financial Times reported citing people familiar with the matter.

Twitter has weighed up deals worth billions of dollars and has also considered buying music-streaming service Spotify and internet-radio provider Pandora Media Inc, the newspaper.

SoundCloud is a platform that enables people to upload, record, promote and share their music and other audio files.

The company has aggressively expanded its capabilities to carry multimedia content. Last year, it acquired "We Are Hunted," a three-person music streaming-startup from Australia.

The Beats deal was seen as Apple's effort to jumpstart an uneven attempt to make headway in music streaming, the fastest-growing segment of the market, as iTunes sales decline.

Pandora Media and Spotify have raced ahead while Apple's eight-month-old iTunes Radio has not made much of a dent.