A future in constant technological advancement 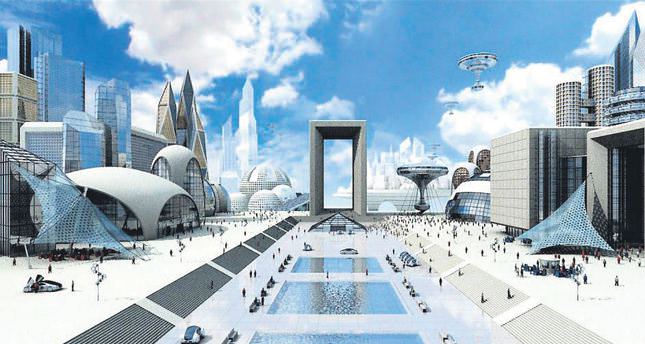 Self parking cars are not too far off the mark from flying vehicles. Technology advances at a rapid speed,with the intention to ease our lives, giving us more time to invent more gadgets

People born in the 1980s are bound to have seen the American animated sitcom "The Jetsons," which began airing in 1962. As one of most widely watched cartoon series, "The Jetsons" was indeed ahead of its time, depicting the future with numerous technologies from escalators in homes, friendly boxy robots that do everything, automatic cookers preparing meals by pressing one button, hair-style appliances and, of course, flying cars. "The Jetsons" showed that such acomfortable life would not be far away thanks to advancement through innovations.

Although the 80s generation has not yet seen flying cars, evolving technologies from PCs to smart phones are gradually surrounding our lives with more and more sophisticated functions.

In fact, most of us were enthusiastically waiting for the turn of the millennium with huge expectations. Some even thought that we were going to open our eyes to a new world reminiscent of sci-fi movies. However, there is no such thing like the genie of Aladdin's lamp mentioned in mythical folktales that can do anything with a wink. Therefore, it did not take much time to ask ourselves: "What were we doing before technology reached its current stage?"

Since the beginning of the 2000's, technology has turned into a complicated field whose principal mission is to make our lives easier. Apparently, new versions of smartphones, tablet PCs, games and other applications require significant time and effort to follow. The emergence of social media has made people close to each other in some ways, while also diminishing the urge for face-to-face communication. There is a growing interest among research circles on the negative impacts of modern technology and social media that are leading people into isolation. The future investments by technology giants announced in recent years also look increasingly worrisome.

Whether it is true or not, some rumors circulating on the Internet say public institutions and clandestine entities use information provided on Facebook. There are some other urgent threats that need to be tackled, though.

To illustrate, Google Glass, the latest wearable technology, looks very technologically attractive, displaying almost the same features as smart phones. However, the wearable computer might put its owner at risk due to its lack of any authentication system or PIN. Hackers can watch while one types usernames and password. Even smart phones and tablets are under the same threat. I believe it is best to enter your passwords while you are not in a crowd.

Recently, the U.S. Defense Advanced Research Projects Agency (DARPA) started to work on the "Restoring Active Memory" program, which will help people to overcome memory deficits and consciously recall basic knowledge, certain experiences and skills. Researchers hope to treat those suffering from memory loss and rescue them from deep depression. Similar to the idea behind Christopher Nolan's "Inception," the possible future scenarios seem quite frightening.

On the other hand, leading technology companies do not always introduce worrisome products. Google is now recognized not only as a search giant, but also with some other useful devices. The new application Google Gesture, can translate sign language into speech in real time by analyzing muscle activities through electromyography with a pair of arm bands. Moreover, a new system is on the way for paralyzed people confined to wheelchairs. Disabled people will be able to move the wheelchair using only their eyes. A head-mounted camera will track eye movements in order to operate the wheelchair and will cost only $85 (TL 180.7). There will be a number of other projects in the works such as solar energy production. These are plans to install solar on highways with LED lights that will warn of and detect high speed drivers. Also, a special heating device will be placed on solar roadways to be used for melting snow in winter.

Leaving aside the advantages of technological devices, electronic devices put our health at risk due to exposure to the high frequency magnetic fields they generate. Electronic waste also contaminates underground water and soil with their large amount of hazardous chemical content. It is therefore difficult to decide whether technology is good or evil.

Finally, Oculus Rift is an upcoming virtual reality head-mounted device being developed by Oculus VR. The device creates a stereoscopic 3D image by projecting the picture from outside cameras onto each eye. Oculus Rift was first tried in car racing videogames. Later, Facebook purchased the device and companies such as Samsung produced similar virtual reality head-sets.

It seems that such devices will not be only used in videogames. It was previously reported that the gadget is being used for pornographic purposes. Researchers are planning to add extra features on the device like recording moments. Oculus Rift seems to surpass the possible threats posed by Facebook. It is possible to give more examples, but technology not only provides advantages on education, transportation and health but also saves time and money.

In other words, technological devices penetrate into every aspect of our lives, putting behind their main mission. Giant companies do not only run after money, but also information. Hopefully, humankind is able to protect itself against the possible threats posed by technology.
RELATED TOPICS