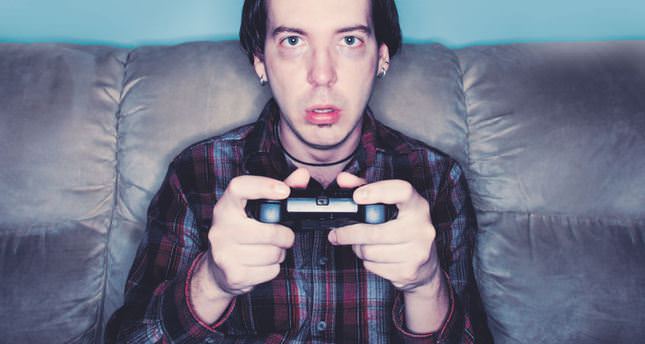 The gaming market can claim approximately 18.75 percent of the world as customers and is projected to exceed $75 billion in market value by year's end

As the digital gaming industry continues to expand, an increasing number of people in Turkey are joining the cyber entertainment industry, with more than one-fifth of the money spent on games going to online gaming platforms.

Played World of Warcraft lately? Or Diablo III? If so, you've got a lot of company. A great many of us, it seems, spend a good amount of time and money on playing digital games. The market for digital games, both online and offline, is growing by leaps and bounds with millions of players around the world.

Nearly one-fifth of the population - 18.75 percent - are active game players, according to research conducted by the international market research and consulting company Newzoo in 2013 in the 110 largest countries in the world.

According to the findings, there are 2.4 billion Internet users and 1.2 billion active game players worldwide. The research shows that China alone has 180 million active players. This number is almost equivalent to the number of players in all of Western Europe. The digital games industry is expected to exceed $75 billion (TL 159 billion) by the end of this year, counting online and offline games. The sector had a market value of $66.3 billion in 2012. It grew by 6.1 percent in 2013 and reached a market value of $70.4 billion.

Growth is projected to continue and the value of the market is expected to reach $75.2 billion at the end of 2014, and $80.5 billion in 2015. "Online and multi-player games," which account for about 21 percent of the market, were in demand over the last year, according to the research. Having approximately a $14.9 billion dollar market, this sector grew a full 14 percent compared to the previous year. And what games are people playing online?

American statistics site Statista published a list of most-played online games on the online gaming platform Raptr. "World of Warcraft" tops the list, with 9.36 percent of users. Second is "Diablo III" with 8.39 percent of total users. Two similar games, "DOTA 2" and "League of Legends," have almost the same user numbers. "DOTA 2" is in third place, with 7.11 percent of the users and "League of Legends" edges into fourth place accounts with 7.09 percent. The research mainly focused on 30 million active Internet users aged 16 to 50.

The majority of these consumers, 72 percent or 21.8 million to be exact, play games. This share is higher than in Western countries. At the same time, the share of gamers that spend money on games stands at 52 percent, slightly lower than in Europe or the U.S. Massive multiplayer online games are also in great demand in Turkey. More than $1 in $5 spent on games in Turkey goes to such games.

This share, 21 percent, is higher than in any Western or emerging country. The average age of the 9.8 million Turkish massively multiplayer online game players is slightly younger than in the West with 80 percent under 35. The share of paying massively multiplayer online game players in Turkey is 46 percent, comparable to other countries, but average monthly spending is several times lower than in the U.S.
Last Update: Jul 22, 2014 1:19 pm
RELATED TOPICS