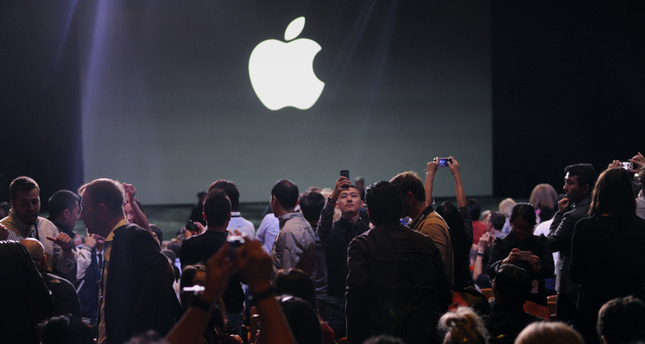 by Associated Press Sep 09, 2014 12:00 am
Apple CEO Tim Cook dispensed with the usual rundown of Apple statistics, saying he had a lot to cover as he took the stage. After declaring, "everything is great," he introduced the company's highly anticipated larger phones.

Along with larger iPhones, Apple is poised to unveil a wearable device marking its first major entry in a new product category since the iPad's debut in 2010.

The move is significant because of recent questions about whether Apple still has a knack for innovating following the 2011 death of co-founder Steve Jobs.

Apple is turning to the past as it lays out its future. The company is holding the event at the Flint Center for the Performing Arts, the same venue where Jobs unveiled the industry-shifting Mac computer 25 years ago. The Cupertino, California, venue is near Apple's headquarters.

As for the iPhones, which still represent the main source of Apple's profits, larger models should help the company compete with Android devices.

Apple's new wearable device has been dubbed the iWatch. It's likely to be a computerized watch or bracelet to help people monitor health, manage homes and even buy merchandise.

Consumer electronics companies have yet to demonstrate a compelling need for smartwatches, while bracelets have largely been niche products aimed at tracking fitness activities. Apple's device is expected to do more and do it well.

Consider the company's track record: Music players, smartphones and tablet computers existed long before Apple made its own versions. But they weren't mainstream or popular until the iPod, iPhone and iPad came along. Under Jobs, Apple made those products easy and fun to use.

Apple may use Tuesday's event merely to announce the wearable product, along with the price. There's speculation that the device wouldn't be available until early next year, though Apple was expected to start taking advance orders during the holiday shopping season.

Now, Apple is increasing that. The iPhone 6 will have a 4.7-inch screen, while the iPhone 6 Plus will be 5.5 inches. The screen resolution on the Plus version will be sharper than previous iPhones, at 401 pixels per inch rather than 326.

Apple is taking advantage of the larger screen by offering a horizontal view of the home screen. Usually, icons are stacked vertically.

The new phones aren't as big as Samsung's latest flagship phones 5.1 inches for the Galaxy S5 and 5.7 inches for the Note 4 but they will be large enough to neutralize a key advantage Samsung and other Android manufacturers have had.

Notably, Samsung's Note phone isn't getting bigger this year. Last year's Note 3 was 5.7 inches. Instead, Samsung is emphasizing other hardware features, such as a sharper screen. It's also releasing a model with a curved edge to display weather, time and other information on the side of the phone.