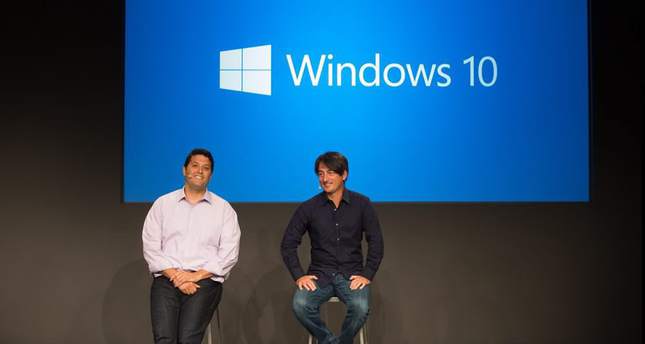 by Oct 01, 2014 12:00 am
Microsoft unveiled its latest operating system Windows 10 in San Francisco Tuesday, touting the revival of features that disgruntled fans complained were missing in Windows 8.

Windows 10 will not be available for another year, in late 2015, although users will have a chance to try out Windows 10 starting Wednesday via the new Windows Insider program, a free technical preview for laptops and desktops.

Although Microsoft officials did not say as much, it appeared the long fuse on the release would be used to work out kinks in the new system.

Windows 10 brings back some familiar Windows 7 features, including the classic Start menu, and combines them with the Windows 8 style tiles.

The new version also offers an option that lets users switch between touch mode or keyboard input, after users complained that Windows 8 - the most recent release from two years ago - required heavy use of the touch screen.

"We want all these Windows 7 users to have the sentiment that yesterday they were driving a first-generation Prius ... and now with Windows 10 it's like a Tesla," said Joe Belfiore, corporate vice president of Microsoft's operating systems group, according to a live blog of the presentation.

Microsoft did not say how much the new version would cost.

The company, which is skipping production of a 9th version, focused heavily on business clients during the event.

Windows 10 will also focus heavily on personalization, letting user resize the tiles and the start menu.

Other features include improved handling of multiple desktops on a single screen and a new universal search feature.

"Windows 10 represents the first step of a whole new generation of Windows, unlocking new experiences to give customers new ways to work, play and connect," said Terry Myerson, vice president of the operating systems branch, in a statement.