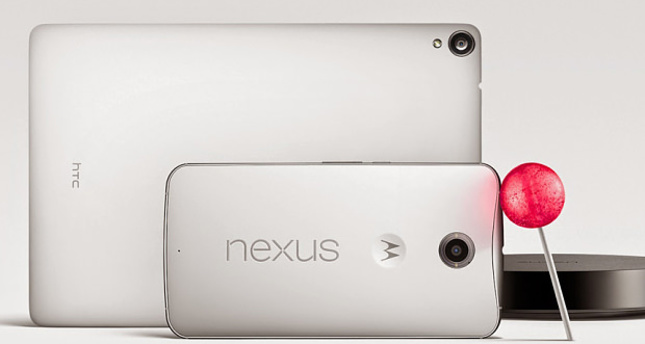 by Associated Press
Oct 15, 2014 12:00 am
Google has unveiled its latest tablet in an apparent effort to upstage Apple's anticipated update of its trend-setting iPad.

The Nexus 9 tablet announced Wednesday will compete against a new version of the iPad Air that Apple Inc. is expected to show off to reporters and analysts at a Thursday event in Cupertino, California.

Besides taking the wraps off its new tablet, Google Inc. also rolled out its latest Nexus smartphone. The Nexus 6 phone has a nearly 6-inch screen, eclipsing the 5.5-inch display on the iPhone 6 Plus that Apple began selling last month.

Both of the Nexus devices will run on a new version of Google's Android operating system. The latest software is called "Lollipop" in keeping with Google's tradition of naming its Android upgrades after treats.