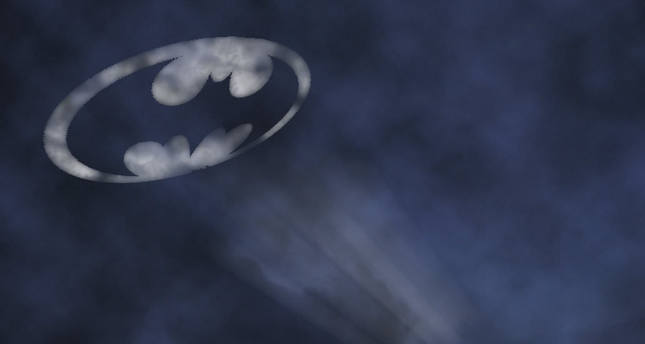 by Oct 21, 2014 12:00 am
A free-floating image created by firing lasers into thin air was unveiled in Japan on Monday, offering the possibility of projecting messages into a cloudless sky one day, as exemplified in the "Batman" franchise. And, like the Bat Signal that alerted the Dark Knight to trouble brewing in Gotham City, its inventors hope that it might eventually be used to warn people of danger such as an approaching tsunami. The company behind the technology, Burton Inc., showed off rotating spirals, fluttering butterflies and the outline of an apple hovering a few meters over a van loaded with the system. Like a child concentrating sunlight with a magnifying glass, the device focuses intense laser light into a tiny spot in the air. This makes the molecules there emit white light that looks like a cross between a tiny explosion and a bright LED. "The biggest feature of our technology is that we can concentrate light on one spot and make it emit light wherever we like," said Akira Asano, researcher and director of Burton Inc. The bursts of light come hundreds of times a second, and as the beam moves, are able to form what appear to the naked eye as rudimentary three-dimensional images. Researchers said the system, in addition to having possible value for advertisers, could be used to send alerts and evacuation advisories during major natural disasters because they can be seen day and night and do not require screens. "We could go by car anytime 24 hours a day into a disaster zone and help send information and warnings," said Burton Inc. chief executive, Hideki Kimura, adding the images could offer alerts to people who could not hear conventional radio. The technology, which was unveiled at a science museum in Tokyo, can currently display images five meters (16.5 feet) above the device. But the company is aiming to double that height, he said. The company, based in Kawasaki City southwest of Tokyo, hopes to start negotiations next year with businesses and municipal bodies on eventually implementing the system in a practical way.