iPhone 6's price in Turkey highest in the world 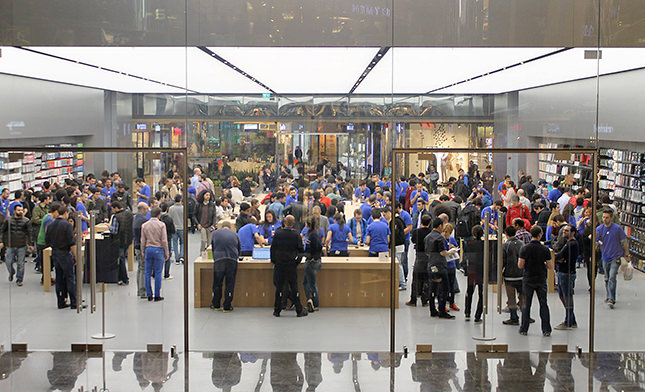 by Daily Sabah Nov 11, 2014 12:00 am
The U.S.-based website Jumbo Dumbo Thoughts announced that the U.S. came first in the list of countries where the iPhone 5 is cheapest with a 10.4 percent tax refund. Turkey is the second country after Jordan where the iPhone is most expensive. Following the release of the iPhone 6 and iPhone 6 Plus, Turkey now ranks first with the highest price.

While the iPhone is sold in Thailand starting at 24,600 bahts the lowest price in Turkey is TL 2,350 ($1,045). Apple, the world's biggest technology company, sells the iPad Air 2 and iPad Mini 3 with up to 10 months of financing and no late interest on its website.

However, Apple's Turkish website only offers free shipping for the products that cost at least TL 235, whereas the free shipping minimum cost is 2,000 bahts in Thailand. In Turkey, an 18 percent VAT and 25 percent special communications tax is applied to cell phone sales, in part, because the price of cellphones increases when they are exported.