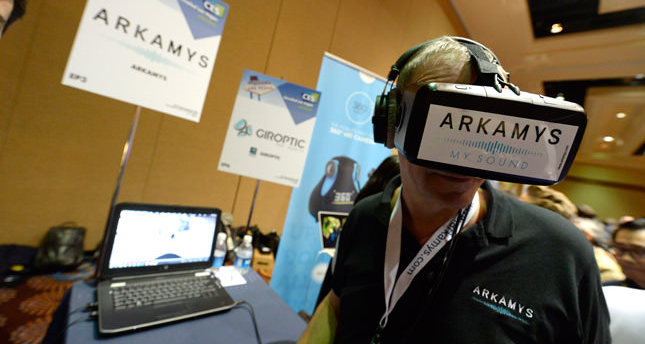 According to data presented at the International Consumer Electronics Show, global spending on technology products reached $1.024 trillion in 2014 with just 1 percent growth, making the outlook for the new year uncertain

The outlook for global technology spending is uncertain after nearly flat growth in the past year, with turbulent economic conditions making a forecast difficult, an industry gathering was told Sunday. At the media preview for the massive International Consumer Electronics Show (CES) in Las Vegas, Nevada, data presented showed just 1 percent growth in 2014 to bring spending on technology to $1.024 trillion. But analyst Steve Koenig of the Consumer Electronics Association, which organizes the event, said economic conditions around the world forced the group to defer its forecast for 2015. "We have a very mixed spending picture," Koenig said.

The market is being driven by strong demand for new products like tablets and smartphones in emerging economies in Asia, and by modest economic growth in North America. The picture is clouded by economic stagnation in the eurozone and Japan and "weak expectations" in big emerging economies such as Brazil, Koenig explained. Russia, another large emerging economy, is being hit by economic sanctions that could dent tech spending. The association predicted a drop in tech spending of 5 percent in Europe and Latin America, and it remains unclear whether the rest of the world will pick up the slack.

Koenig said smartphone and tablet sales are growing at a healthy pace in China and other developing economies, and demand for new televisions is being driven by a "robust upgrade cycle" to "ultra" high-definition displays. At the same time, spending is being capped by the decreasing price for new mobile devices. "A flood of low-cost devices is coming into the marketplace," he said, noting the prominence of phone makers in China such as Xiaomi, which has pushed into the top ranks of manufacturers. CEA forecast smartphone unit sales growing by 19 percent this year to 1.5 billion units, but revenue is expected to grow just 9 percent to $406.7 billion as prices fall. In tablets, unit growth is expected at 20 percent in 2015, but revenues will decline some 8 percent to $61.9 billion, Koenig said as he unveiled the forecast.

Meanwhile, new technology is getting more personal - so personal, it is moving to connect and analyze our movements, our health, our brains and our everyday devices. Welcome to the so-called "Internet of Me." One of the major themes at CES is connecting thousands of objects that people use each day - clothing, cars, light bulbs and home appliances - but the challenge facing developers is making that information useful. Moreover, CES is increasingly seeing inventions related to digital "coaches" and ways to improve health or fitness, or get better information about our cars or appliances, said Shawn DuBravac, chief economist at CEA in his outlook for the show. "The key to all of this is that something happens in the physical space, and we digitize it and feed it back into the physical space," he said. "The focus is [no longer] on what can be done [technologically] but what is technologically meaningful."

Some of the new devices on display at a preview Sunday included apps to monitor and improve the quality of sleep, a connected baby bottle to measure infant nutrition intake and sensors that analyze one's golf swing to compare it to that of the pros. Smart clothing, connected smoke detectors and dozens of new smartwatches and fitness devices are also in the mix. Smartwatches and other wearables are far more prominent at the show than ever before. These new technologies "continue the trend of deploying the Internet in a personal way," DuBravac said. "Nothing gets more personal than wearables."

CES, which officially opens Tuesday, is one of the world's biggest trade fairs devoted to technology, with some 3500 exhibitors and an estimated 160,000 people expected to attend.