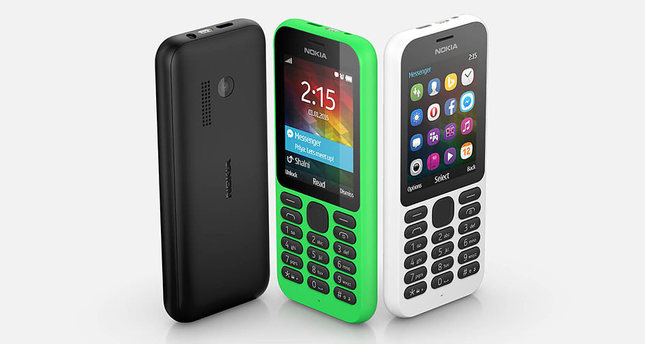 by Daily Sabah with Agencies Jan 06, 2015 12:00 am
Microsoft is ready to challenge the smartphone market with the affordable Nokia 215, which will be sold for just for $29.

The phone does not have 3G connection and new apps cannot be loaded, but it will come with preinstalled apps like Facebook and Twitter, also with Opera web browser.

Microsoft said that the Nokia 215 is "perfectly suited for first-time mobile phone buyers or as a secondary phone for just about anyone."

Microsoft and Nokia stated that the phone was aiming to capture the market in developing countries. It will go on sale in the Middle East, Africa, Asia and Europe in the first quarter of 2015.

Finnish mobile pioneer Nokia was acquired by Microsoft for $7.17 billion in September 2013. Prior to the sale, both firms were having trouble with keeping their market share and competitiveness against Apple products and Android based smartphones, led by Samsung.