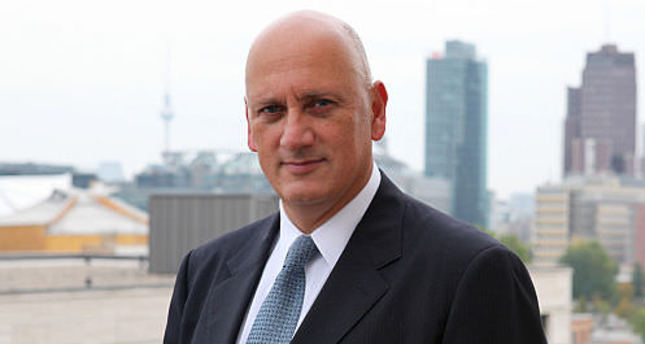 by Daily Sabah Jan 28, 2015 12:00 am
The chief executive of Turkcell, Turkey's largest mobile phone operator, Süreyya Ciliv has resigned from his post, the company announced on Wednesday.

The company said that Ciliv will no longer be working as the CEO of the company after January 31 and İlker Kuruöz, Chief Technology Group Officer will take Ciliv's position while continuing in his current position as well.

Ciliv also released a brief statement saying, "For the last eight years, we have worked really hard to create new values for our customers, shareholders and our nation by facilitating access to knowledge with technology and innovation. I would like to thank all of my team, our customers, our suppliers, and our business partners who believed in and accompanied us on this journey. As I hand over my role, I believe that this strong team will take Turkcell forward."

Süreyya Ciliv was appointed as the CEO of Turkcell in January 2007. Before joining to Turkcell, he held executive positions in the Microsoft Worldwide Sales, Marketing and Services Group from 2000 until 2007.
Last Update: Jan 29, 2015 11:24 am
RELATED TOPICS