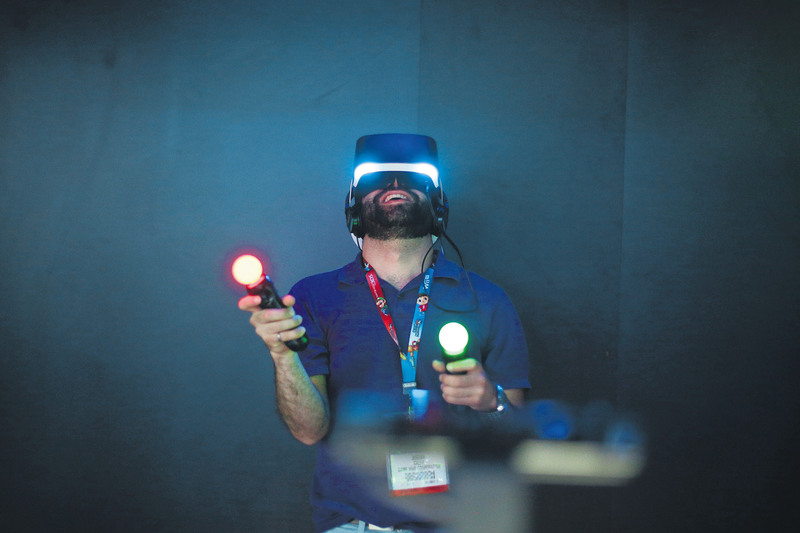 by Associated Press
Mar 04, 2015 12:00 am
Sony plans on putting its virtual-reality headset on the market next year. The gaming and electronics company announced Tuesday at the Game Developers Conference that its VR system nicknamed Project Morpheus will debut in the first half of 2016. Sony Corp. originally unveiled a prototype of the headset at last year's gathering of video game developers. The headset works in tandem with Sony's PlayStation 4 console and camera by covering users' vision and simulating virtual worlds on screen.Sony flaunted an updated version of the VR headset prototype at Tuesday's event. While it largely resembles the prototype introduced last year, the new version redistributes weight toward the back of the user's head and features a screen that can slide back and forth to accommodate eyeglasses.The new prototype also features a larger 5.7-inch (14.5-centimeter) OLED screen that displays nearly a 100-degree field of view and is capable of rendering imagery at up to 120 frames per second. There are nine LED lights on the headset's exterior that are to track movement.No price was announced."Our goal with VR is to deliver a sense of presence, making the player feel as though they've stepped inside the world of a game," said Shuhei Yoshida, president of Sony Computer Entertainment Worldwide Studios. "The new Project Morpheus prototype brings us closer to that goal, as it improves the visual experience and tracking accuracy, both of which are critical to achieving sense of presence." The company showed off the new prototype at Tuesday's event with four technical demonstrations, including a game that utilized a pair of PlayStation Move controllers to simulate a shootout inside a lavish building in London and a more passive presentation that featured tiny robots responding to users' movements. Sony is among several gaming and electronics companies working to bring VR into homes. HTC and Valve announced plans Sunday to release its Vive VR system to consumers later this year, while Oculus VR has yet to reveal when its Oculus Rift headset will be available to consumers.
Last Update: Mar 05, 2015 1:06 am