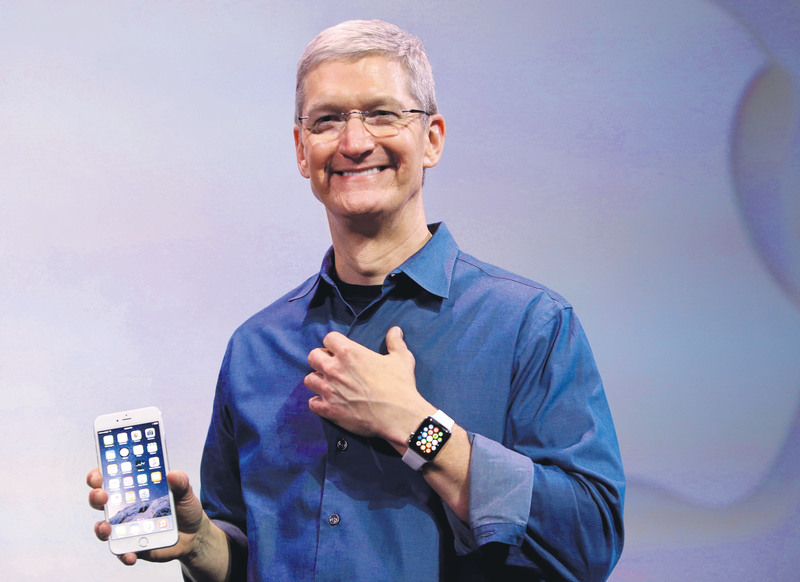 by French Press Agency - AFP
Mar 09, 2015 12:00 am
Apple's hotly-anticipated smartwatch is expected to debut today as the trend-setting firm sets out to make stylish wrist-worn computers must-have accessories for modern lifestyles. Industry trackers say Apple Watch will star at a media event being held at the same San Francisco theater where the California tech giant introduced the iPad. Apple's Chief Executive Tim Cook has revealed little about the sophisticated wristwear, but has said that he "can't live without it." The company announced its plans for Apple Watch last year to much fanfare and has said it would begin shipping in April. It will mark Apple's first new product type since the iPad in 2010. Apple has indicated that the entry price would be $349 in the United States, and that two different sizes would be available in three collections, including the "Apple Watch Edition," featuring 18-carat gold cases in yellow or rose, sapphire crystal and finely crafted bands and closures. The Apple device will connect with the iPhone, and also have a range of apps and sensors, notably for health and fitness.
Last Update: Mar 09, 2015 1:03 am