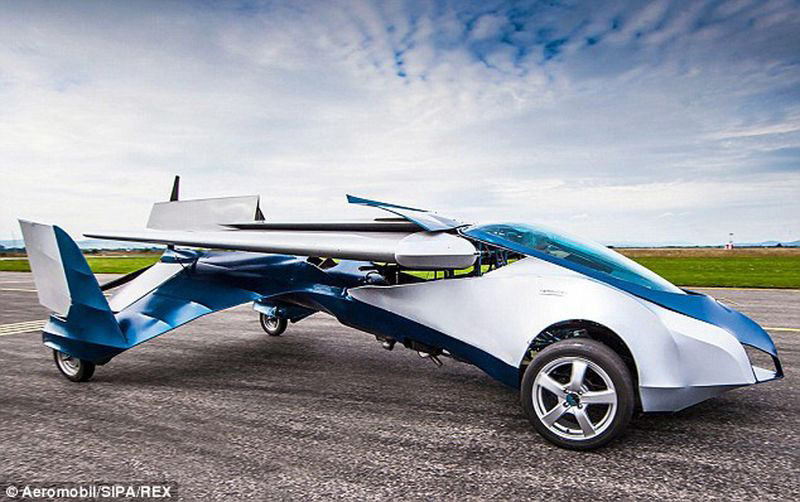 by Daily Sabah with Wires Mar 17, 2015 12:00 am
Slovakian company AeroMobil has announced that they will have their prototype flying car ready by 2017, if government regulations permit.

Speaking at the South By Southwest Interactive conference in Austin, Texas on Sunday, company co-founder and CEO Juraj Vaculik said that Aeromobil aims to launch its flagship product in just two years, according to CBC News.

The vehicle has wings that stow away down the side of the car and a petrol engine running with standard gasoline. The car is also capable of taking off and landing on grass. He added that the car is equipped with partial autopilot and a parachute that will be automatically deployed if a pilot falls ill.

Vaculik said flying cars could be ideal for shorter trips of around 400 miles considering air travel time. He argues that these cars will reduce traffic congestion and envisions landing strips can be built by the side of main roads.

The company has not confirmed the price for the limited edition AeroMobil 3.0, but Vaculik estimates that it will be sold around $200,000. Slovakian company AeroMobil has announced they will have their prototype flying car ready by 2017, if government regulations permit.