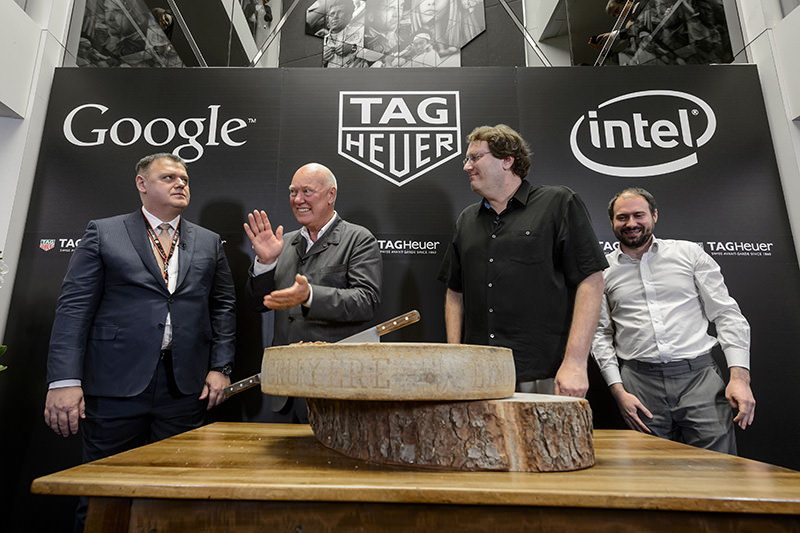 | Photo: AFP
by Daily Sabah with Wires Mar 19, 2015 12:00 am
Swiss watchmaker Tag Heuer has announced they are creating an Android Wear-powered smartwatch in partnership with technology giants Google and Intel, promising a good alternative to the Apple Watch.

The announcement was made at the Baselworld trade show in Switzerland, the BBC reported. It marks the first time a Swiss company joins Google's wearable technology productions.

Jean-Claude Biver, CEO of Tag Heuer, told the BBC that it made sense to look beyond Switzerland's borders once his firm had decided to enter the smartwatch market.

Tag Heuer is set to handle design and manufacture while Intel will provide an SoC platform and Google will lend its Android Wear platform and help develop software. The watch is set to launch by the end of the year, at which point price and functions will be announced, according to Bloomberg.
Last Update: Mar 19, 2015 4:30 pm
RELATED TOPICS