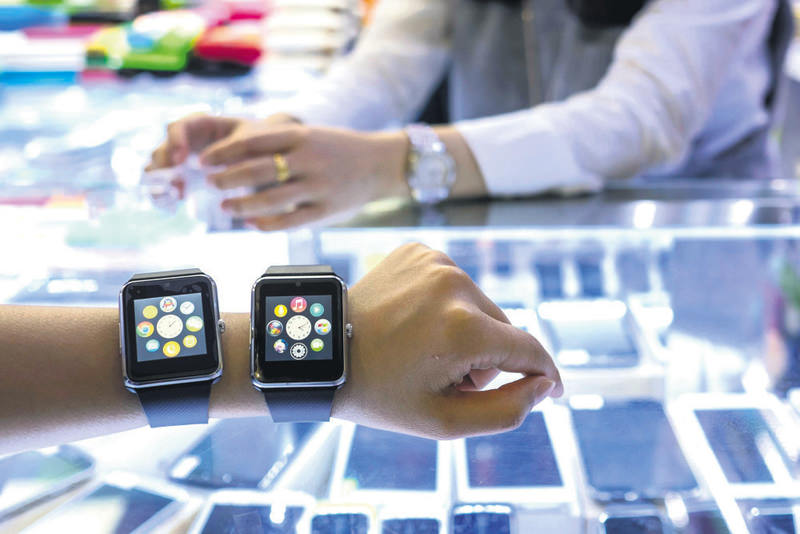 by Associated Press Apr 09, 2015 12:00 am
The public will have its first chance to see, touch and buy the Apple Watch today, as Apple stores in the U.S. and eight markets abroad start previews and online orders commence. Prices start at $349, but can go as high as $17,000 for a luxury edition in gold. Apple store employees will show you the range of options, including different watch cases, bands and sizes. Reservations are recommended. But you won't be able to walk out with a watch. The first orders ship out April 24th and buyers can either have watches sent directly to their homes or arrange to return to a store for pickup. The same applies even after the 24th.

Although Samsung, Motorola, Sony and other companies already have been selling smartwatches, none has been a hit beyond a small group of tech devotees. The market will be watching to see if Apple's device changes the game. But the Apple Watch isn't the only gadget available this week. Here are five other new devices and services targeting your wallet. Apple's new laptop, simply called MacBook, debuts today. It's the company's lightest and thinnest laptop so far, making the ultra-thin MacBook Air appear bulky by comparison. Apple borrowed many design techniques from the iPad, including eliminating the fan. The HTC One M9 make their general U.S. debut in retail stores. In time for the return of "Game of Thrones" this Sunday, HBO launched its stand-alone streaming service, HBO Now, priced at $15 a month. It's available only to owners of an Apple TV, iPhone or iPad, or to Cablevision's ınternet-access subscribers. HBO Now offers the same content as HBO Go, the companion app to HBO's cable channels. The difference is you don't need a cable or satellite TV subscription. You could also pay $15 a month to watch HBO shows online through Dish's Sling TV service. CBS' $6-a-month streaming service, All Access, is now available on Roku the first streaming TV device for the network. The subscription offers live feeds of CBS stations in some markets..