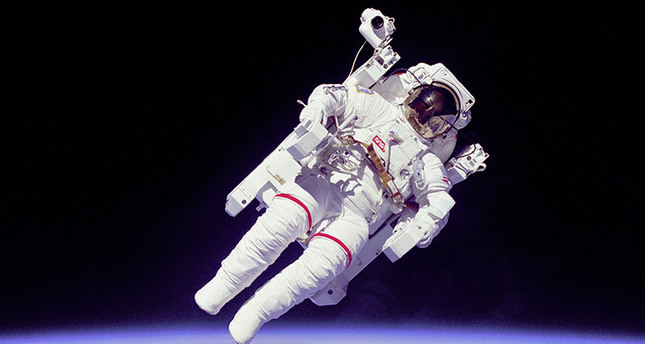 by Daily Sabah with Wires Apr 13, 2015 12:00 am
National Aeronautics and Space Administration (NASA) has announced that they are offering $18,000 (48,000 TL) to human lab rats who will stay in bed for ten weeks for a test. The only criteria are that candidates have to be healthy and be American citizens.

Scientists will examine the selected candidates for 70 days. Test subjects will have a harsh diet program and will be examined continuously by scientists to find out why astronauts lose muscle when exercising under zero-gravity conditions.

The selected ones will be divided into two groups: exercising and non-exercising. All those will be taking part in the first step, spending around two or three weeks inside a "bed rest facility".

They will then spend ten weeks lying in a bed with their body tilted slightly backwards with their head down and feet up in the NASA Flight Analog Research Unit in Houston, Texas, the Independent reported.

Movement and some activities will be limited for the participants during the first two steps. The participants will exercise regularly in the third step in which regular tests will be applied to see how regular exercises assist the body in adapting back to normal.
Last Update: Apr 13, 2015 6:20 pm
RELATED TOPICS