Gallipoli to be available in Google Street View 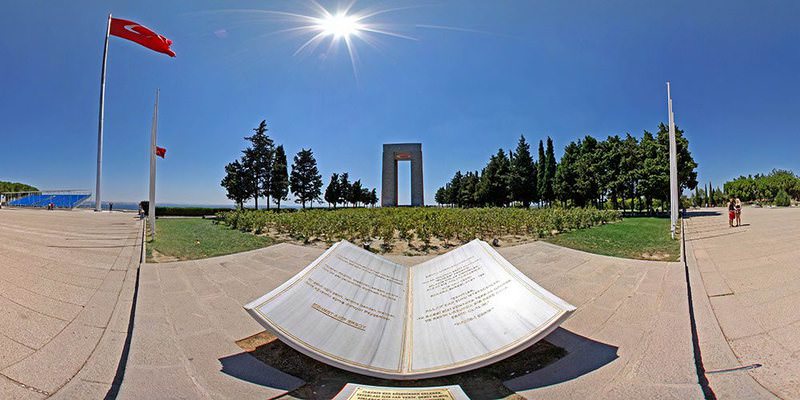 by Evrin Güvendik Apr 20, 2015 12:00 am
To mark the centenary of the Battle of Gallipoli, the Gallipoli historical area will be open for visit via a digital platform. The Ministry of Culture and Tourism, which has taken action on direction of President Recep Tayyip Erdoğan, in collaboration with Google will make the "Gallipoli 360" project available to the 2.5 billion Internet users beginning April 24.

Culture and Tourism Minister Ömer Çelik highlighted that Erdoğan gave instructions to the ministry to organize a memorial service that is suitable for the 100th ?anniversary of the Battle of Gallipoli. In turn, Çelik said they passed the necessary motions and established a chairmanship to undertake it. Explaining that Turks will convene once again on the same soil with individuals from different nationalities this year, Çelik said, "But this time we will bring a message of peace from the same front." He reported that they will host a comprehensive commemoration this year during the 100th anniversary events, and said the ministry has also included a virtual world, which has a universal language and is not limited to time and place for the commemoration events.

"We created the special collection by using Google Street View technology and transferring 360 degree panoramic views of Turkey's natural and historical beauties, as well as holy and other notable locations into a digital world in 3-D," the minister said. He added that they are working hand in hand with Google to recreate an emotional atmosphere without visitors needing to set foot in Gallipoli. "This project will help us to introduce the Gallipoli Historical Area, which holds great importance in Turkish history as well as for the world, to be open for all to visit online," Çelik said.

Thanks to the project, Internet users will be able to visit all the memorials, including the Çanakkale Martyrs' Memorial and the 57th Infantry Regiment Memorial, bastions, Kilitbahir Castle, Seddülbahir Castle, ANZAC Cove, the British Memorial and other tombs of foreign soldiers. Çelik claims that this project will help Çanakkale to become more recognized globally as well.Çelik said the panoramic shots of the Gallipoli Peninsula from 84 different points have been taken and processed, and the Gallipoli 360 project will be introduced online on April 24. Emphasizing that the project will enable people from every corner of Turkey and the world to visit the Gallipoli Peninsula, the minister said that the U. K., Australia and New Zealand also contributed to the project.
Last Update: Apr 21, 2015 1:28 am
RELATED TOPICS