by daily sabah Apr 24, 2015 12:00 am
The ninth edition of the Digital Age Summit will delve into the world of digital marketing once again, with the motto "Think Logical Act Digital," on May 12-13 at the Raffles Istanbul Zorlu Center. Professionals from leading digital brands will talk about their field of expertise during the two-day event while experts will cover a number of subjects such as "content," "design," "mobile technologies" and "big data" in more depth. Tom Fisburn, one of the world's most successful names in digital storytelling, will deliver a keynote speech followed by an exclusive workshop with limited participants. Additionally, Nicholas Roope, the President of Poke London, the number one agency on digital communication solutions, and Ramzi Moutran, the creative director of Memac Ogilvy Dubai will be the two other guest speakers. Memac Ogilvy's popular campaign - the Autocomplete Truth features a series of ads developed for U.N. Women, using unique Google searches to reveal the widespread prevalence of sexism and discrimination against women around the world. 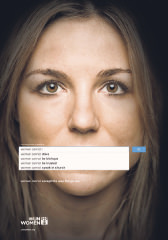 The next speaker will be Mark Hamilton, Facebook's Marketing Director for Central & Eastern Europe, Middle East and Africa regions. Foursquare's creative director Swen Graham and designer Borre Akkersdijk, whose name is frequently mentioned with wearable technology projects for Louis Vuitton, Apple and Nike are among the other guests. Akkersdijk's 3D designs were highly appreciated at the 2011 Paris Fashion Week and he won the Dutch Design Award a year later. Similar to the previous year's edition, author and journalist Serdar Kuzuloğlu will chair the forthcoming conference series. Started in 2007, the Digital Age Summit organizes panel sessions for technology companies, popular Internet brands and directors of digital and interactive agencies. Last year, the event was introduced with the theme "Digital is the Mainstream."
Last Update: Apr 24, 2015 11:50 pm
RELATED TOPICS