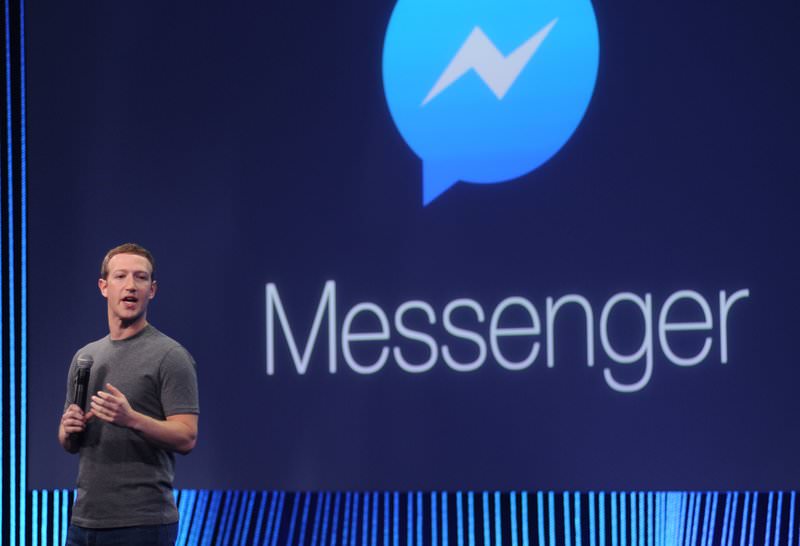 In this March 25, 2015 file photo, Facebook CEO Mark Zuckerberg introduces the new messenger platform at the F8 summit in San Francisco, California (AFP Photo)
by Daily Sabah with AFP Apr 27, 2015 12:00 am
Facebook announced on Monday that it has added a video-calling feature to its Messenger mobile application, enabling face-to-face conversations among users of the app around the world.

With the new feature, users can add video to calls with another person who's using the same application. It is currently available on iOS and Android operation system, the company said. Also, it will be possible for the users to video call even if one of them is on Apple's iOS and the other on an Android device.

"You can quickly start a video call from any conversation with just one tap," Facebook said in a statement.

"If you're messaging with someone and realize that words just aren't enough, you can simply choose the video icon in the top right corner of the screen and start a video call right from within an existing Messenger conversation."

Facebook, last year, broke off Messenger from the main Facebook application for mobile users, creating a separate platform which now has some 600 million users.

The world's biggest social network also opened up Messenger to outside developers as part of its strategy to create a "family" of apps that also includes Instagram and WhatsApp.

Free calling has been available for two years to users of Messenger, although people may be required to pay for data used during the connections.

"Video calling will expand Messenger's real-time communication features, enabling more than 600 million people who use Messenger every month to reach others wherever they are, from anywhere," the statement said. "It's fast, reliable and high quality."

Facebook has offered few hints on how it will monetize Messenger, but recently unveiled a system of peer-to-peer payments which could be adapted as an e-commerce platform.