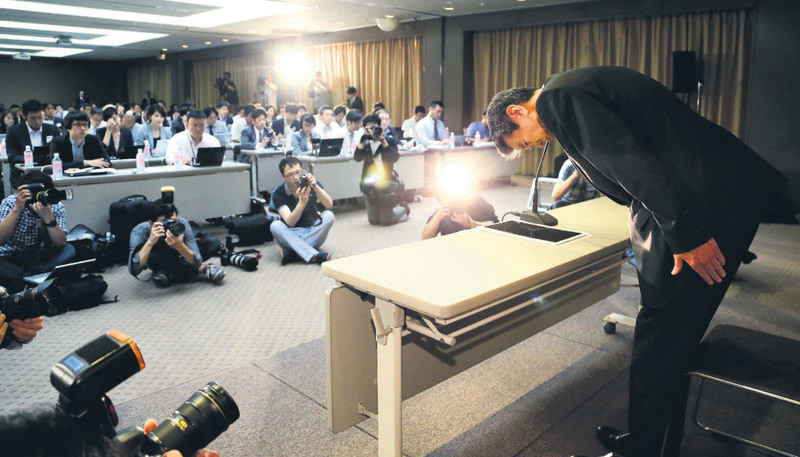 by May 22, 2015 12:00 am
Toshiba said Friday it was expanding an accounting probe to its television, memory chip, and computer divisions, after earlier warning the investigation would take a toll on its balance sheet. The huge conglomerate, which makes everything from batteries to nuclear reactors, said last week it was revoking its earnings forecast for the past fiscal year and would not pay a dividend.

Initially, Toshiba said it was focusing on suspect accounting linked to unspecified infrastructure projects - and that the problems would likely force it to cut its reported operating profit over the last few years by 50 billion yen ($414 million). The Japanese firm said it underestimated the cost of "certain" projects, along with other accounting irregularities. But on Friday, the company said that some other businesses would also need to go under the microscope, although the extent of the problems-- and who is responsible for them - remains unclear.

Toshiba said it has hired an outside team of investigators. "The company has decided that these concerns also require thorough investigation by the independent investigation committee," it said in a statement, referring to its TV, semiconductor and computer businesses. Last week, Toshiba cancelled its projection for a 120 billion yen net profit on sales of 6.7 trillion yen in its latest fiscal year to March. It has not given a date for the release of its revised results.
Last Update: May 22, 2015 11:39 pm
RELATED TOPICS