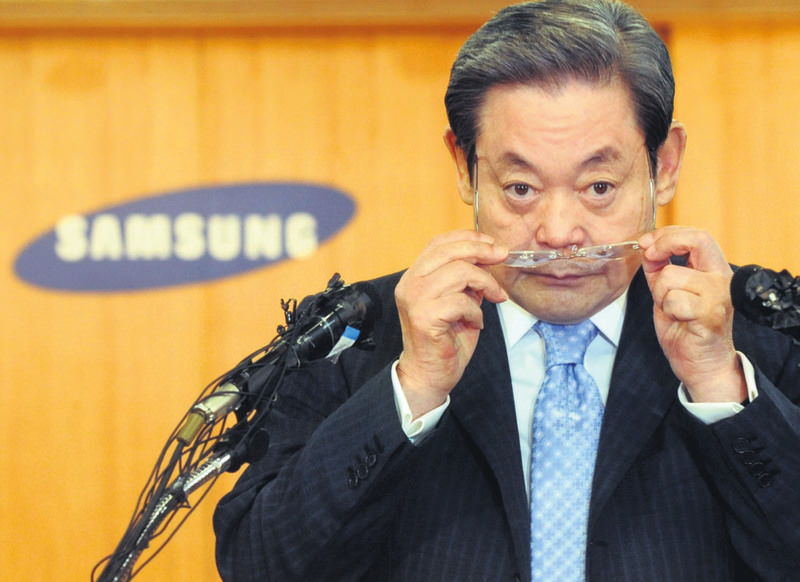 by Associated Press May 26, 2015 12:00 am
Two key Samsung companies are merging in a step toward ensuring the son of the group's ailing chairman inherits control of the theme parks to smartphones conglomerate. Samsung said Tuesday that its defacto holding company Cheil Industries Inc. will acquire Samsung C&T Corp. by offering 0.35 new Cheil shares for every Samsung C&T share. The move, to be completed by Sept. 1, requires shareholder approval, which is expected. The combined entity will be named Samsung C&T.

Analysts say the transaction will give Samsung heir Lee Jae-yong a big say in the conglomerate including its crown jewel Samsung Electronics Co.

The Lee family will likely take additional steps to enlarge C&T's stake Samsung Electronics as a lynchpin of the cross shareholdings, said Park. It currently owns 4.1 percent of the electronics giant.

Lee, who is vice chairman at Samsung Electronics, will own 16.5 percent of the new C&T and be its largest shareholder. The Lee family's direct stake in the combined entity, including that of Lee's father and his sisters, will become 30.4 percent. Samsung's affiliated companies will own another 8.8 percent, giving the family nearly a 40 percent stake overall in C&T.

Samsung said the merger of Cheil, which is Samsung's fashion business and theme park operator, with the C&T construction and trading firm, will create a global lifestyle and biotechnology company.
Last Update: May 26, 2015 11:58 pm
RELATED TOPICS