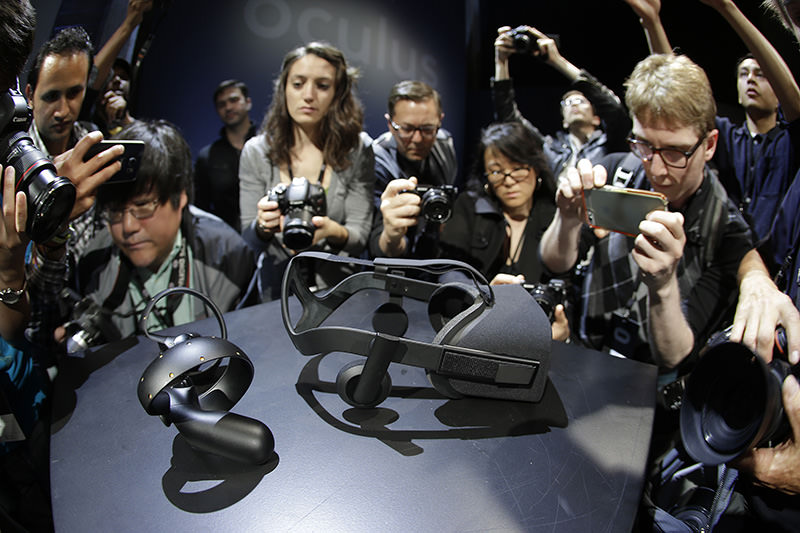 by Jun 14, 2015 12:00 am
Virtual reality and the battle to stream play online will take center stage at an Electronic Entertainment Expo (E3) video game extravaganza kicking off in Los Angeles on Tuesday.

Blockbuster video games will once again be the main event at the industry's biggest trade show, but in the wings attention will go to the promise of stepping into the games virtually and streaming them as spectator sport.

"Like every year, E3 will be about the marquee video game titles that will take the world by storm," TechSavvy analyst Scott Steinberg told AFP on Saturday.

"But, there are side battles going on. YouTube is making a play to be the absolute destination for gamers, but Twitch has a strong position. Of course, you have virtual reality."


Analysts expect this E3 to be a coming-of-age of sorts for virtual reality, which has been around for decades but remained an unfulfilled promise for gamers eager to immerse themselves in fantasy worlds.

Oculus aimed squarely at video game lovers on Thursday as it unveiled Rift headsets that it will begin selling early next year.

However it did not disclose pricing for Rift, which will come with an Xbox controller due to an alliance with console maker Microsoft.

"There was always this distance between players and the game," said Oculus Studios head Jason Rubin.

"Virtual reality lets you step through that window."

Sony's big presence at E3 will include demonstrations on Project Morpheus virtual reality headgear it is readying for market.

"Immersive technologies have a lot more to offer than video games, but it is a great place to start," said Gartner analyst Brian Blau.

"Game developers know how to get people immersed in graphical simulations better than anybody; it is natural to think they will be first in line to create content."

Blau expected the virtual reality market to be fiercely competitive.


Meanwhile Google-owned YouTube will be facing off with Twitch at E3, where it will preview a version of its video-sharing platform tailored for gamers.

YouTube Gaming will debut in Britain and the United States in the coming months, according to product manager Alan Joyce.

"YouTube Gaming is built to be all about your favorite games and gamers, with more videos than anywhere else," Joyce said in a blog post.

Similarly, Amazon-owned Twitch will have a strong presence at E3, with plans to live-stream press conferences, demos and interviews.

Twitch, which was acquired by Amazon last year for $970 million in cash, will augment its English-language broadcast with regionalized shows from partners including Rocket Beans TV in German and Jeuxvideo in French.

San Francisco-based Twitch streams games being played for non-playing viewers to watch and hosts gaming events. It also allows viewers to chat with the players and others, lending it some of the qualities of social networking websites.

Twitch capabilities are built into new-generation Xbox One and PlayStation 4 consoles.

US video game titan Bethesda is holding its first-ever major media event late Sunday in the Dolby Theatre, best known as the home of the Academy Awards.


Bethesda has promised to show off a keenly-anticipated new installment to the "Fallout" post-apocalyptic action game franchise.

"We know what this game means to everyone," game director Todd Howard said in a release.

"The time and technology have allowed us to be more ambitious than ever."

In keeping with years past, the day before E3 officially opens will be packed with theatrical media events revealing scenes from new versions of much-loved games on Xbox One, PlayStation 4 or Wii U consoles.

"You are going to see more of the same, only better," Steinberg said of game makers' trend towards safe bets on franchises with strong followings.
Last Update: Jun 14, 2015 11:22 am
RELATED TOPICS