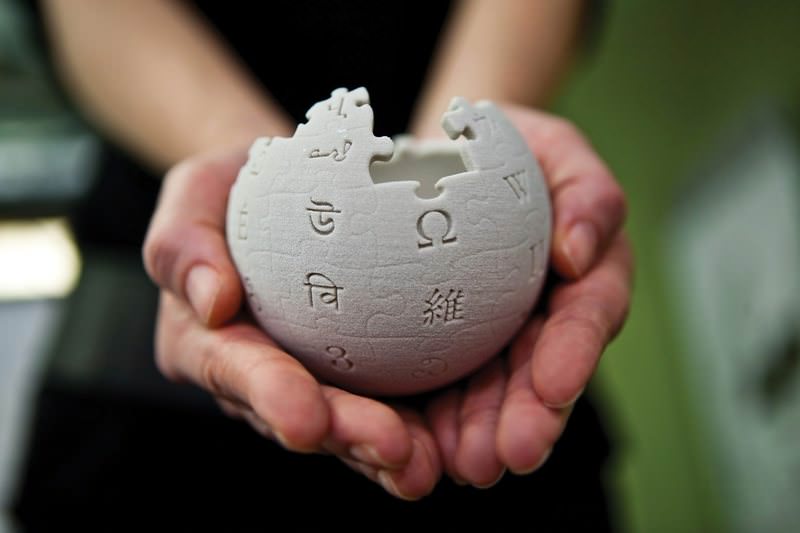 by Jun 17, 2015 12:00 am
The popular digital encyclopedia, Wikipedia has been awarded Spain's Princess of Asturias award for 'international cooperation'on Wednesday.

The award foundation hailed the website as an "important example of international, democratic, open and participatory cooperation -- to which thousands of people of all nationalities contribute selflessly -- that has managed to make universal knowledge available to everyone".

Founded by US entrepreneur Jimmy Wales in 2001, Wikipedia has 35 million articles in 288 languages. It is written by volunteers around the world and its articles are edited by registered users.

It has been run since 2003 by a non-profit organisation, the Wikipedia Foundation, which is headquartered in San Francisco in the United States.

Wikipedia receives about 500 million single visits a month making it one of the 10 most visited websites in the world, according to the award foundation.

The 50,000-euro ($54,000) award is one of eight prizes handed out yearly by a foundation named after Spain's Princess Leonor. Other categories include the arts, sport and literature.

The awards will be handed out in a ceremony presided by Spain's King Felipe and broadcast live on Spanish television around October.

They were named the Prince of Asturias awards after Felipe, until he became king last year, passing the title to his nine-year-old daughter.
Last Update: Jun 17, 2015 11:23 pm
RELATED TOPICS