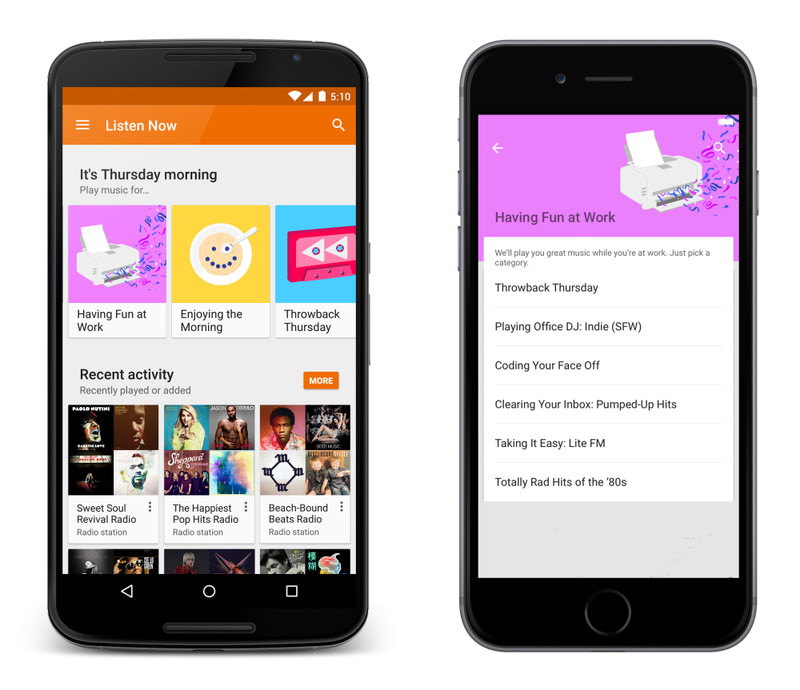 by Anadolu Agency Jun 24, 2015 12:00 am
Google launched a free music streaming service on Tuesday, upstaging Apple's release of its subscription service, Apple Music, next week. Google Play Music was launched two years ago as a paid service, but the Silicon Valley giant announced that it would feature a free, ad-supported version similar to streaming service Spotify or Internet radio Pandora.

The service will focus on curated playlists focusing on different moods, activities and genres. "At any moment in your day, Google Play Music has whatever you need music for — from working, to working out, to working it on the dance floor — and gives you curated radio stations to make whatever you're doing better," wrote Elias Roman, Play Music's product manager, in a statement. The service's curated format is similar to Songza, a service Google acquired last July for a rumored $39 million.

"Our team of music experts, including the folks who created Songza, crafts each station song by song so you don't have to," Roman continued. "If you're looking for something specific, you can browse our curated stations by genre, mood, decade or activity or you can search for your favorite artist, album or song to instantly create a station of similar music."

Google is offering a subscription for $9.99 per month that removes ads and allows for offline music listening, as well as the ability to listen to any of the 30 million songs in Google's library.

Apple Music will launch June 30. Although the company is offering three-month free trials of the service, it will also cost $9.99 per month or $14.99 for a family plan. Apple faced tough criticism from pop star Taylor Swift last weekend over its policy of not paying artists or labels for the free trial period. Apple announced Monday that it was changing that policy. Google also said Tuesday that it would launch an "undo send" feature in Gmail, allowing users to recall an email 10 to 30 seconds after hitting the send button.
Last Update: Jun 24, 2015 8:26 pm
RELATED TOPICS