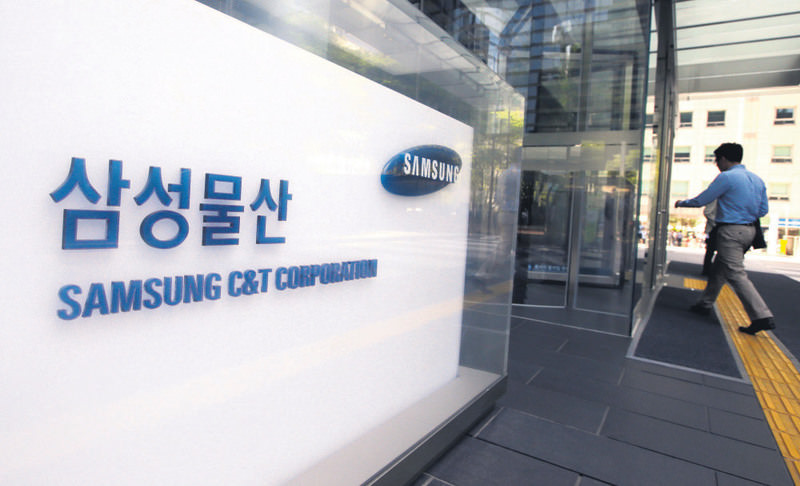 A court has rejected an attempt by U.S. activist investor fund Elliot, which holds 7.1 percent of Samsung C&T. to stop a shareholder vote on a proposed $8 billion merger of two key Samsung firms

A South Korean court on Wednesday ruled in favour of a proposed merger of two Samsung Group subsidiaries, rejecting a U.S. hedge fund's motion to stop the $8 billion acquisition. U.S. hedge fund Elliott had asked for a court injunction to stop Cheil Industries acquiring Samsung C&T Corp through an all-stock deal, a move seen as an effort by Samsung's founding Lee family to boost control over the conglomerate ahead of a generational power transfer.

"The court rejected the request from Elliott," a court spokesman told AFP.

Elliott had filed two lawsuits, one of which called for a court order to prevent a Samsung shareholders' meeting on July 17 to approve the proposed merger.

The hedge fund, which holds a 7.12 percent stake in Samsung C&T, said the terms of the proposed takeover by Cheil Industries "significantly undervalue" Samsung C&T shares. But the Seoul Central District Court said in the ruling: "The merger ratio was calculated in accordance with relevant laws... and cannot be seen as unfair".

The ratio of the merger is 0.35 Cheil Industries shares for each Samsung C&T share.

Elliott also said the merger proposal as presented by Samsung C&T's management carried with it "very limited evidence of the claimed synergies and benefits." It argued it was instead aimed at facilitating a father-to-son power transfer of the powerful Samsung Group rather than acting in the interest of shareholders. The court, however, ruled: "There is no evidence either that the merger is being pursued only for the interest of the Samsung Group's family members, regardless of other shareholders' interests."

Cheil Industries, half of whose stock is controlled by the Lee family, has no direct stake in Samsung Electronics, one of the world's largest IT companies. But its acquisition of Samsung C&T would bring it the construction and trading arm's 4.1 percent Samsung Electronics stakes.

essed disappointment but vowed to continue its efforts to prevent the merger. "While we are disappointed with the court's decision, we continue to believe that the proposed merger is neither fair nor in the best interests of Samsung C&T's shareholders," the hedge fund said in a statement.

It added: "We will continue to seek to prevent the proposed merger from being consummated, and we urge all Samsung C&T shareholders to do the same."

Elliott has the right to appeal the decision within a week, but the appeals court rarely overturns a lower court's decision in such cases, experts say. Samsung C&T welcomed the rulings and vowed to push through with the merger, calling it a "lawful" move that was in the interests of both companies' shareholders. Along with the two cases, Elliott also filed a separate case seeking a court injunction against Samsung C&T's efforts to sell treasury shares to chemicals maker KCC Corp., which the hedge fund said was a move to bolster its hand in this month's shareholders' meeting. The court has not yet reached a decision on that issue, but said it would rule before the July 17 meeting.

Samsung C&T on June 10 decided to sell all of its 8.99 million Treasury shares to KCC, seen as a friendly shareholder, in a move that would increase voting support for the merger to 19.75 percent from 13.99 percent.

Treasury shares are useless in voting as companies cannot vote for themselves. Cheil is the de facto holding company for Samsung Group, a $270 billion business empire.

The family-run group, currently controlled by Lee Kun-Hee, has merged, broken out or newly listed some of its key units in recent years as he prepares to hand over the reins to his son, J.Y. Lee. The Lee family controls the vast Samsung Group via a complex web of cross shareholdings between the group's subsidiaries, including Samsung Electronics - the group's flagship unit and the world's top maker of smartphones and mobile phones. Recent health problems concerning the senior Lee, currently bedridden after suffering a heart attack last year, prompted the group to step up restructuring efforts. The group, comprised of dozens of units ranging from electronics to hotels, earns collective revenues equal to around 20 percent of South Korea's annual economic output.
Last Update: Jul 01, 2015 10:47 pm
RELATED TOPICS