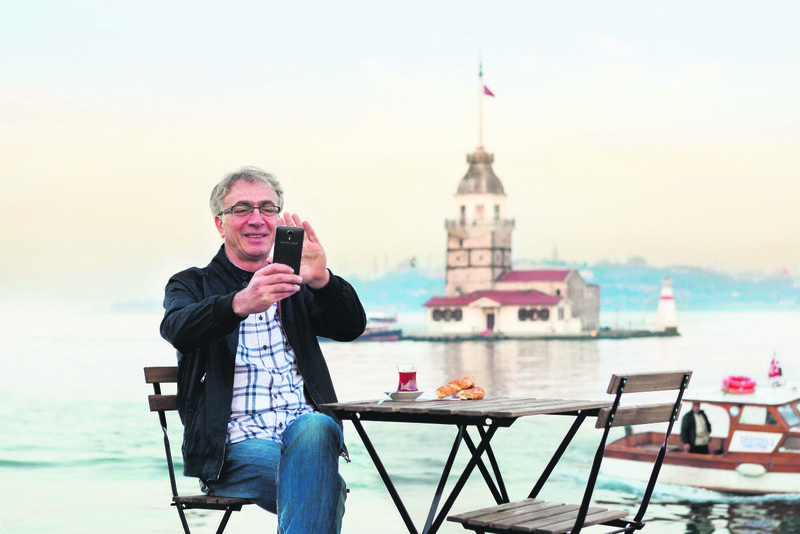 Produced in collaboration by technology giants Google and General Mobile, Google's new Android One phone was recently launched in Turkey. Google seeks success with the best price-performance ratio strategy, as General Mobile achieved for its Discovery I in 2013

When Google first announced the Android One, accessible smartphones were on the rise and the U.S.-based tech giant's step did not yield significant success. However, the story of General Mobile 4G, an Android One product recently released in Turkey, appears to be different. Google collaborated with Turkish cellphone company General Mobile to balance the price-performance ratio in its Android One project.

General Mobile 4G employs a performance tactic similar to those adopted by the sellers in the Spice Bazaar, one of the world's oldest and most traditional bazaars in Istanbul's historic Eminönü district. If the project remains on track, the secret behind Google's success story will be described as choosing the "right local partners and making flexible decisions." The number of activated operators and the demand of dealers previously showed that the product, which was launched in mid-May, would be the best-selling phone last month.

Indeed, Spice Bazaar sellers adopt incredibly effective sales techniques. While walking along the bazaar, the scent of various types of spices does not create an atmosphere like that felt in a shop that smells sterile. Instead, they embrace all cultures with a friendly atmosphere. The scents of the Spice Bazaar have been used for centuries in order to not turn shopping into an elitist activity but to welcome people from all backgrounds. The sellers' tactics attract consumers from all intellectual levels. Natural remedies with therapeutic properties or that claim to boost sexual performance attracts great interest. Yet, intellectual consumers are attracted by the bazaar's historical and traditional stories. Sales clerks who can speak five or even six languages are masters in drawing interest by considering traditional sales elements. 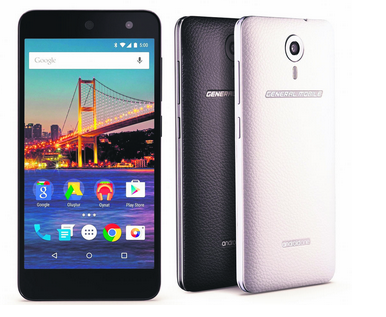 General Mobile is analogous to the Spice Bazaar's successful sellers. The secret behind Google's success is the right product strategy. In contrast to the prevalent image in the world, Google aims to reach success by introducing a cellphone not with the cheapest price, but with the best price-performance ratio. Expectations were high for Android One prior to its release, and it received partial support from Turkcell, Turkey's biggest mobile operator. The product is successful not only because of its affordable price but high performance and Google guarantee. In Turkey, a 25 percent luxury tax is imposed on smartphones. In other words, the minimum selling price of a phone, which costs $100, may reach TL 400 ($148.70) even without adding a profit rate. This is why Google made an agreement with a local partner to increase the success of high-performance smartphones. Sold starting at TL 649, the Google product was rather accessible even when exchange rates increased and decreased.

General Mobile also implements a fairly interesting marketing method. Until it became Google's partner, the company's marketing budget was fairly low. Their brand investment strategy is based on recommending the product on the Internet by word of mouth. Furthermore, the company is well aware of the expectations of its customers and dealers. Their first phone, called the General Mobile Discovery I, became the best-selling smartphone in 2013. The company's marketing strategy was rather simple: They introduced an affordable smartphone with a big screen before their rivals could do so and then increased the company's market share from single-digits to double-digits. Moreover, the company did not seek out the support of an operator or make any additional kind of marketing investment. The basic formula of being as attractive as the sellers in the Spice Bazaar is high performance that fulfills expectations, new technology and affordable prices at low cost.

Android One did everything to write a success story in Turkey. In June, it was frequently said that the product was going to be the best-selling smartphone of the month. However, the second and third months are important to assess a product's success on the market. Customers will see whether the product has the same marketing effect as seen in the Spice Bazaar in the following periods. We can already say that the product shows a more successful trend than its Central Asian examples, though. Although information technologies turn customers into IP addresses, face-to-face communication continues to be important for the sustainability of success in developing markets.

There are 72 million subscribers

Before revealing the details of General Mobile's sales tactics, let's briefly look at the telecommunication market. According to Information and Communication Technologies Authority (ICTA) data from the first quarter of 2015, there are 72 million GSM subscribers in Turkey. Turkcell is the biggest company with 35.2 million subscribers and 47.6 percent of the market share, while Vodafone claims 29.3 percent and Avea 23.1 percent. Additionally, the number of mobile broadband subscribers (computers and mobile handsets) is around 33.9 million.

Not the first collaboration between Google and Telpa

Now, it is time to take an inside look into General Mobile. Founded in 2006, General Mobile is the first company to sell a dual SIM card cellphone in Turkey. The story of General Mobile changed in August 2010 when the company was bought by Telpa, Turkey's biggest cellphone distributor. Telpa Founder and Chairman Sabahattin Yaman is an experienced businessman who climbed the stairs of success starting from a cellphone franchise. He established the organization that helped Samsung and Nokia become two of the best-selling cellphone brands in the world. Following this success, he made a very surprising decision to prioritize General Mobile. Actually, the first collaboration between Google and Telpa was for the Fatih educational tablet computer project supported by the National Education Ministry. The company tackled its local and global rivals such as Apple, Samsung and Microsoft, and was able to close two different tenders for the distribution of 1,350,000 tablet computers. Telpa paved the way for Android to enter the National Education Ministry.Open-office structure

Yaman has neither a room nor a desk. He sits on one end of a desk for 10 people. While explaining the success of his operation, Yaman said that they have a plain and simple organizational structure. "Anybody can reach me. We worked with one of the best three suppliers of the market while designing the product. General Mobile General Manager Muzaffer Gölcü, who is known for his experience in supply chain distribution as well as his technical intellect, undertook the international collaboration between Google and Telpa and conducted the meetings. General Mobile launched its new cellphone, the Discovery Elite, which features an outstanding front-facing camera, in March 2014. It had been two months since the selfie craze hit the world after the famous Oscar selfie. So, the company predicted the market's demands beforehand and shortened the transition time. The company, which is aware of the expectations of the distribution channel, collaborated with Qualcomm for its Discovery Elite model.
Last Update: Jul 03, 2015 10:42 pm
RELATED TOPICS