Turkcell and ASELSAN partner up to develop 5G technology 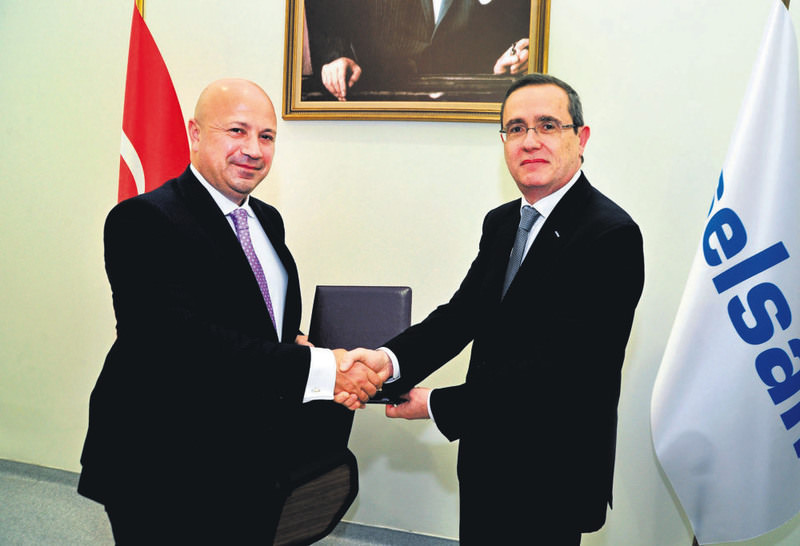 Turkcell and ASELSAN are joining forces to lead the development, production and infrastructure of 5G technologies as Turkey follows President Erdoğan's gameplan of skipping 4G investment

Turkish mobile operator, Turkcell, and Turkey's leading defense systems producer, ASELSAN, have signed a cooperation framework agreement with the objective of joining forces in electronic technologies to strengthen Turkey's software and hardware research & development (R&D) capacity in the field of fifth generation mobile communication technologies. As part of the agreement, which aims to make Turkey a producer of 5G technologies, the two domestic brands will start to work on the roadmap of 5G technologies. Turkcell and ASELSAN, which will jointly take part in international standardization processes, will make a concerted effort to commercialize products they develop on internal and international markets. The cooperation agreement also aims to increase Turkey's share in the 5G patent market, which is expected to reach billions of dollars, and to lead the technology production ecosystem that will be formed in Turkey. During the signing ceremony, Turkcell CEO Kaan Terzioğlu said that the cooperation is of great importance for Turkey's national interests. In reference to Turkcell's leading role in introducing new-generation mobile communication technologies to Turkey, Terzioğlu said that it is an indispensable goal for Turkcell to maintain this role in launching 5G. Describing the cooperation agreement as the first step toward "long-winded" work, Terzioğlu expressed his faith in making Turkey a 5G base with joint studies.

ASELSAN CEO Faik Eken said that they aim to use their accumulation of military technology and knowledge to satisfy Turkey's technological infrastructural needs with national means.

The articles of the framework agreement include: Leading Turkey on its way of becoming a producer country of 5G technologies, contributing to increasing Turkey's capacity to produce and export high-technology goods, determining value-added technologies as part of 5G and to create a domestic R&D roadmap in these areas, taking a joint and active part in international standardization processes and international platforms that take the leading role in the development of 5G technologies. The move is done in order to improve domestic studies in light of this knowledge and experience, reaching commercial success in internal and international markets by developing standard products, leading to the formation of a 5G specialty in Turkey, creating an ecosystem in this area (with researchers in universities, software developers, hardware manufacturers, etc.) developing intellectual property rights and patent portfolio in 5G and relevant technologies.

On April 21, two weeks after the tender announcements for 4G technology that was scheduled to be held on May 26, President Recep Tayyip Erdoğan said Turkey should begin developing 5G networks instead of wasting money on 4G investments, adding, "There is no need to waste time with 4G. Turkey must switch to 5G within the next two years. Otherwise Turkey will turn into a 4G garbage dump." The tender to create the infrastructure needed for 4G technology, which was planned to be held on May 26, had been postponed until Aug. 26, according to an announcement on May 15 by the Transportation, Maritime Affairs and Communications Ministry's Information and Communication Technologies Authority. The authority announced the main reason was that bidders demanded additional time to complete their technical and financial preparations. After that, Turkey's Science, Industry and Technology Ministry started to work on 5G technology infrastructure plans along with local technology firms.
Last Update: Jul 06, 2015 8:25 pm
RELATED TOPICS