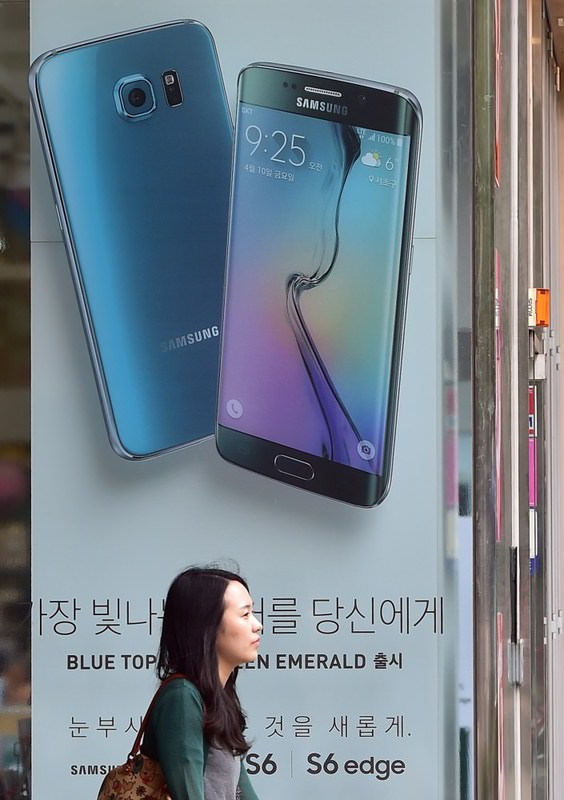 by Jul 07, 2015 12:00 am
Samsung Electronics yesterday flagged a second-quarter drop in operating profit that missed analyst estimates after sales of its newest flagship smartphone failed to meet expectations. The earnings forecast came as a South Korean court ruled in Samsung's favor against a U.S. hedge fund's efforts to block the proposed merger of two major affiliates

The giant smartphone and memory-chip maker predicted operating profit of around 6.9 trillion won ($6.1 billion) for the April-June period, down more than 4.0 percent from a year earlier. That compared with the 7.2 trillion won average of 33 analyst estimates compiled by Bloomberg News, but still marked a 15 percent increase from the first quarter. yesterday's estimate, which comes ahead of audited results to be released later in the month, did not provide a net income figure. It also gave no breakdown of divisional earnings. The company has seen profits sag since late 2013 due to heightened competition in an increasingly saturated smartphone market that it had dominated for years. Samsung has faced a double challenge from U.S. arch-rival Apple in the high-end smartphone market and rising Chinese firms like Xiaomi in the mid- and low-end market.

Hopes of a turnaround had largely been pinned on the sixth edition of its flagship smartphone launched in April.

The Galaxy S6 and S6 Edge with a wraparound screen received rave reviews, but company predictions of record sales fell short of expectations, partly due to production and supply constraints.

Overall sales were around 48 trillion won in the second quarter, Samsung said yesterday, compared with the 53 trillion won average of 37 estimates. "Shipments of the Galaxy S6 were clearly not as strong as had been hoped for," said Greg Roh of HMC Investment Securities Co., citing manufacturing delays that trimmed sales of the S6 Edge.

In an effort to see off smaller rivals nipping at its heels in emerging markets, Samsung slimmed down its line of low- and mid-end smartphones last year, and ramped up production of those that remained in a higher-volume, lower-price strategy.

At the same time, its semiconductor unit has managed to mitigate some of the slump in the mobile division, posting strong profit growth in the past few quarters.

Sentiment was also partly buoyed by the decision of the Seoul Central District Court to dismiss a request by US hedge fund Elliot Associates to block the sale of treasury stocks by construction firm Samsung C&T.

Elliot had argued that the sale of the stock to a "friendly" shareholder, chemicals maker KCC Corp, was aimed at ensuring shareholder approval for the $8.0 billion acquisition of Samsung C&T by another Samsung Group affiliate, Cheil Industries.

Elliot Associates, which holds a 7.12 percent stake in Samsung C&T, has opposed the deal, arguing that it "significantly undervalues" the construction firm's stock. The proposed merger is the latest in a series of moves by Samsung's founding Lee family to boost control over the conglomerate ahead of a generational power transfer.
Last Update: Jul 07, 2015 9:46 pm
RELATED TOPICS