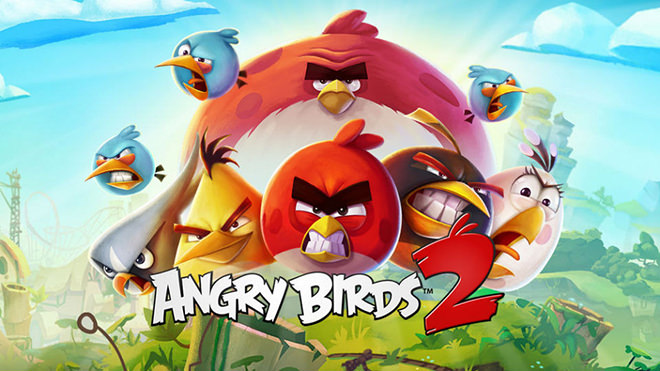 by Daily Sabah with AFP Aug 05, 2015 12:00 am
Rovio Entertainment Ltd. announced that their new game "Angry Birds 2," a sequel to what the company claims is the most downloaded mobile game series of all time, saw 10 million downloads just days after its release, which is much faster than the company expected.

Finnish game maker Rovio launched "Angry Birds 2" on Thursday, "With new towers to topple, pigs to pop and missiles to master, Rovio is thrilled to announce the launch of Angry Birds 2," the company said in a statement. "Angry Birds" was a worldwide success after its release in 2009, but the game started losing its appeal in 2013 and Rovio is now trying to swoop back from a sharp drop in profits. Earnings before interest and tax slumped to 10 million euros ($11 million) last year from 36.5 million euros in 2013.

Last December, Rovio cut around 110 jobs, almost one in six of its workforce, and shut down its game development unit in Finland.

In 2014, Rovio's overall sales fell by 9 percent, even though income generated by new versions of the gaming app grew by 16 percent.

Rovio said the game's visuals and gameplay have been overhauled for the sequel.

"Design technology has evolved dramatically since the original game launched in 2009. With 'Angry Birds 2,' we wanted to bring a level of expressive depth and detail seen previously only in a console game or animated series," Rovio co-founder Niklas Hed said in the statement. Rovio said the sequel retains the game's original slingshot format but also introduces new elements such as multiple stages in each level and new spells.

A new character, a young bird called Silver, with special flying skills and porcine habits, has joined the flock, which players can now assemble as they wish.

The game itself is free, but as the company is struggling to create new revenues the sequel comes with the option of in-app micro purchases during the game. If players want to avoid the fees, they will face delays.

The game is available for phones running on Android or Apple's iOS operating systems.The Espoo-based company is also working on a 3-D feature film set for release in May 2016. In addition to its games, Rovio also sells "Angry Birds" merchandise, runs "Angry Birds" theme parks in several countries including Finland, China and Spain, as well as publishes children's books in dozens of languages.
RELATED TOPICS