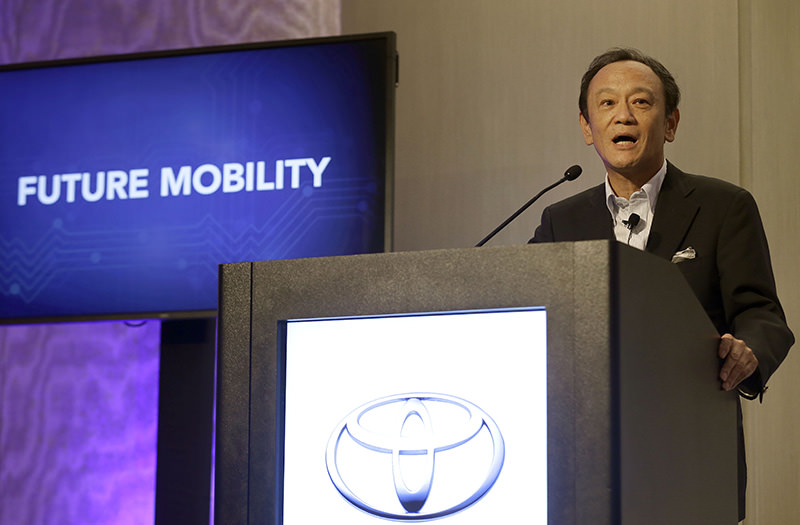 Toyota announced it is investing $50 million with Stanford University and the Massachusetts Institute of Technology in hopes of gaining an edge in an accelerating race to phase out human drivers.
by Sep 05, 2015 12:00 am
Toyota Motor Corp is collaborating with two top U.S. universities on artificial intelligence and robotics research aimed at ramping up the Japanese automaker's efforts to develop self-driving cars.

Toyota said on Friday that it would spend $50 million over the next five years to establish joint research centers at both universities, one in the heart of Silicon Valley and the other outside Boston.

Both schools have top-tier engineering and computer science programs, and the auto industry heavily recruits graduates of both.

U.S. electric car maker Tesla Motors Inc already is doing final road-testing of a semi-automated hands-free system on its Model S sedan and plans to make it available to customers later this year.

General Motors Co, Volkswagen AG and Nissan Motor Co all have announced plans to phase in hands-free systems over the next two years.

Toyota said it had hired Gill Pratt to direct its new research centers. Pratt is a former program manager at the U.S. Defense Department's DARPA research arm, which has sponsored several self-driving vehicle challenges over the past 10 years. A team from Stanford won the 2005 DARPA Grand Challenge.

Toyota was one of the first automakers to offer an automated parking system, on the Prius hybrid in Japan in 2003. But it has been slower than many of its competitors in implementing more advanced hands-free automated systems, and its executives have said the company has no intention of building a fully automated vehicle.