Turkey launches Turksat 4B into space 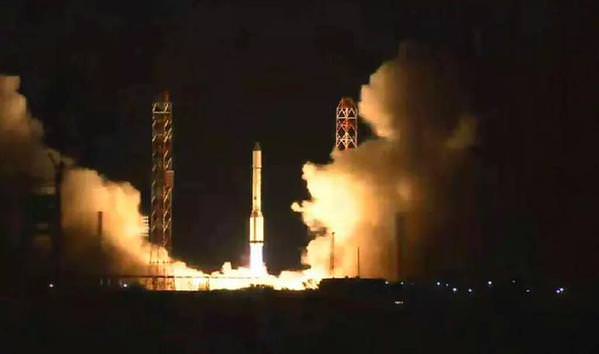 The 4B communication satellite will be placed into orbit at 50 degrees on the eastern orbit and will be the first satellite operated at 50 degrees by Turkey. The satellite's range will cover Europe, Asia, Africa, the Middle East and the Turkic Republics.

The additional 792 MHz capacity the satellite will provide through the KA frequency band will ensure faster live TV connections as well, and the capacity reserved for data communication and switching to live broadcasting will be transferred to the Turksat 4B communication satellite; the capacity for TV broadcasting at the 42 degree east orbit will be increased and this service will be offered to more TV channels.

While the production of the Turksat 4B communication satellite was completed on June 4, 2014, due to failures that occurred during the launch of a proton rocket at Baykonur Cosmodrome, the launch was postponed to Oct. 16, 2015.