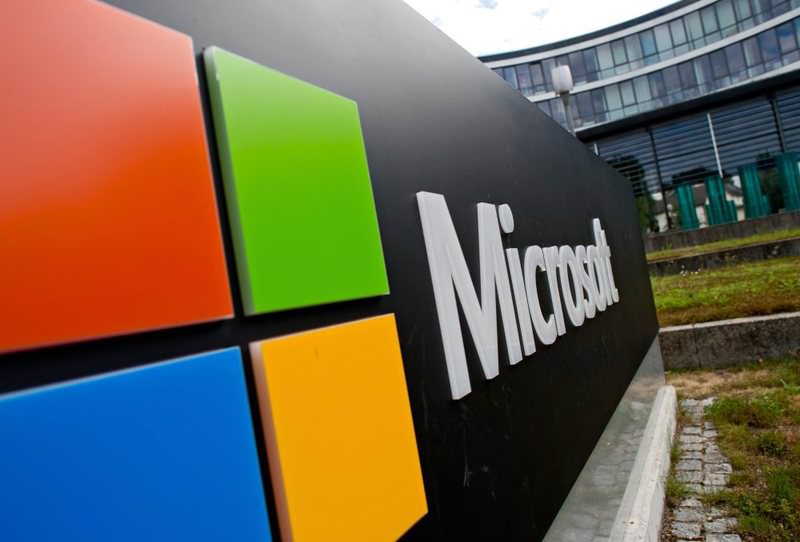 by French Press Agency - AFP Oct 24, 2015 12:00 am
Microsoft reported a modest rise in profits in the past quarter on Thursday, beating most analyst forecasts, saying its new focus on cloud-based software is delivering results. The Redmond, Washington-based U.S. tech giant said profit generated during the quarter, which ended Sept. 30, edged up 2 percent to $4.6 billion, while revenue dipped 12 percent to $23.2 billion, as it was hit by currency movements. "We are making strong progress across each of our three ambitions by delivering innovation people love," said CEO Satya Nadella. "Customer excitement for new devices, Windows 10, Office 365 and [cloud computing service] Azure is increasing as we bring together the best Microsoft experiences to empower people to achieve more."

Barclays analyst Raimo Lenschow called it a "strong and clean quarter" for Microsoft, saying the company "exceeded consensus on most metrics." Under Nadella, Microsoft has been shifting to offer more services through the Internet cloud to adapt to a new landscape in which mobile devices have become more important. While Microsoft Windows remains the dominant PC operating system, it has lost leadership to Google and Apple in mobile. Microsoft said in the just-ended fiscal first quarter, "intelligent cloud" revenue grew 8 percent while personal computing revenue slipped 17 percent. Revenue from its mobile phone operations slumped 54 percent from a year ago as it cut back on its handset business acquired from Nokia. Microsoft earlier this month unveiled its first Windows 10 smartphones as it launched its first laptop, the Surface Book. The launch marks the latest step by Nadella to build on the July release of Windows 10, which is now running on 110 million devices around the world, according to the company.
RELATED TOPICS