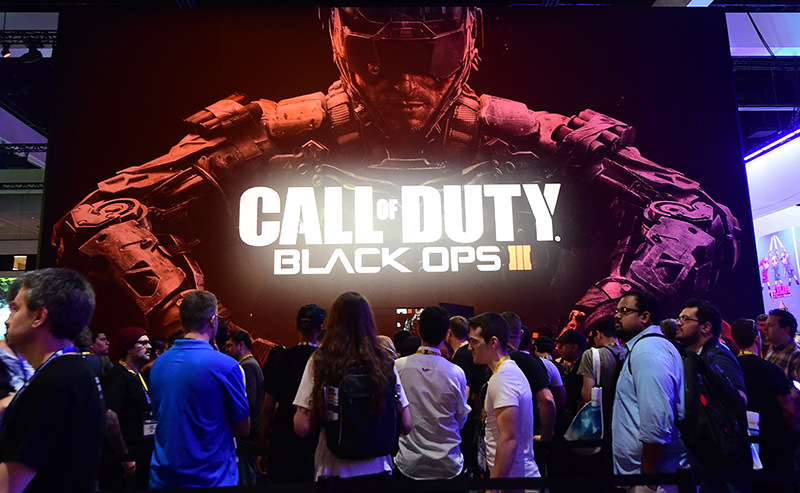 by Associated Press
Nov 12, 2015 12:00 am
At the beginning of the new "Call of Duty" game, a robot tears your hands off. That should be enough trauma to send any warrior home for good. But cheer up, soldier: In this army, we fix you up with some new mechanical hands and kick you back out into the fray.

Welcome to the psychotic future of "Call of Duty: Black Ops III" (Activision, for the PlayStation 4, Xbox One, PC, $59.95). It's 2065, and while most of the fighting is done by drones and robots, there's still a role for cybernetically modified humans on the battlefield.

The computers that have been stuffed into your head provide one major advantage: In any scenario, you can lay down a tactical map that exposes all your enemies' locations and highlights areas where you're most likely to get hit. You also have access to a limited number of "cyber cores" that allow you to take over enemy drones or unleash swarms of nanobots.

But let's not get too carried away with the sci-fi stuff. Yes, "Black Ops III" digs into the same humanity-versus-technology paranoia that you get from any "Terminator" or "RoboCop" movie. But at its core, "Call of Duty" is all about firing hot pieces of lead at the bad guys. The story strives to blow your mind, but it's mostly there to set up the explosive set pieces that fans love.

The individual battlefields are quite well-designed, with wide-open spaces that can accommodate different approaches. And the entire campaign can be tackled cooperatively by up to four players, offering plenty of motivation to replay missions with your buddies.

As if that isn't enough multiplayer mayhem, "Black Ops" developer Treyarch has brought back its Zombies mode, in which you team up against hordes of relentless undead monsters. The new Zombies adventure, "Shadows of Evil," shifts the action to a city from a 1940s film noir, and it's a hoot.

And of course, there plenty of ways to fight against your fellow humans online. "Black Ops III" offers the usual assortment of deathmatch and capture-and-control competitions, with a dozen sprawling maps built in. The major improvement this time is a range of parkour-inspired techniques that let you run along walls even as you keep firing your weapon.

"Black Ops III" also introduces "Specialists," nine elite warriors with different skills. Reaper, for example, can spawn decoy clones of himself, while Firebreak unleashes massive blasts of heat. You can also dig into a detailed weapon customization system that lets you build your ultimate instrument of destruction, whether you're into precision sniper rifles or noisy rocket launchers.

The sheer variety of multiplayer offerings is the big selling point of "Black Ops III." Given Activision's commitment to the booming e-sports audience the company has set up its own "Call of Duty" league that's no surprise. But if you're looking for a satisfying solo campaign, you'll be disappointed. Two-and-a-half stars out of four.
Last Update: Nov 12, 2015 4:10 pm