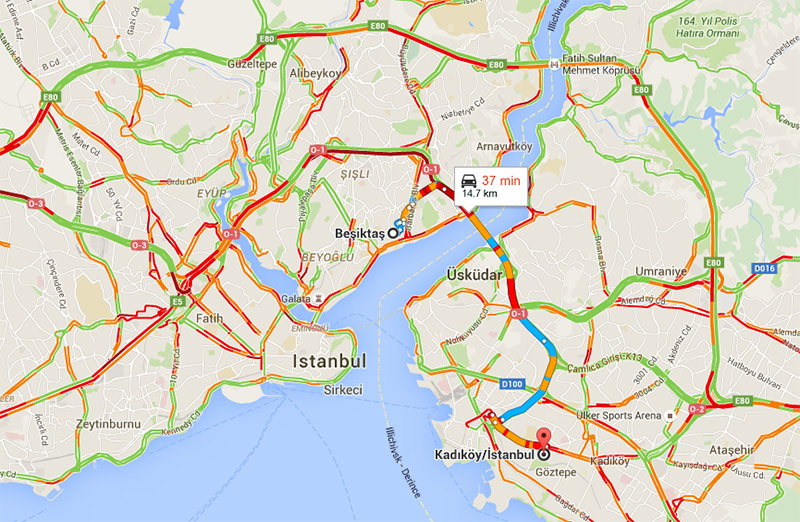 by Rahmi Osman Kaçmaz
Nov 13, 2015 12:00 am
Google maps has finally started showing traffic information for its users in Turkey with the recently published update.

The new feature will make it possible for Google Maps users across Turkey to avoid traffic jams and get prediction on how long it takes to reach a destination.

Traffic data from Google Maps can be accessed from its mobile applications, available for both Android and iOS devices, as well as on http://maps.google.com.

Up until now, the commonly preferred map application for motorists with smartphones in Turkey has mostly been Yandex Maps due to its mostly accurate traffic prediction.

The application is especially widespread in metropolitans such as in Istanbul, where traffic gets jammed during rush hours.

With Google Maps entering the traffic prediction game, Yandex Maps will have a new rival on Turkey's roads.

Since Google Maps is currently in beta version in Turkey, it may need some time to improve its performance and prediction with future updates.
Last Update: Nov 13, 2015 2:55 pm