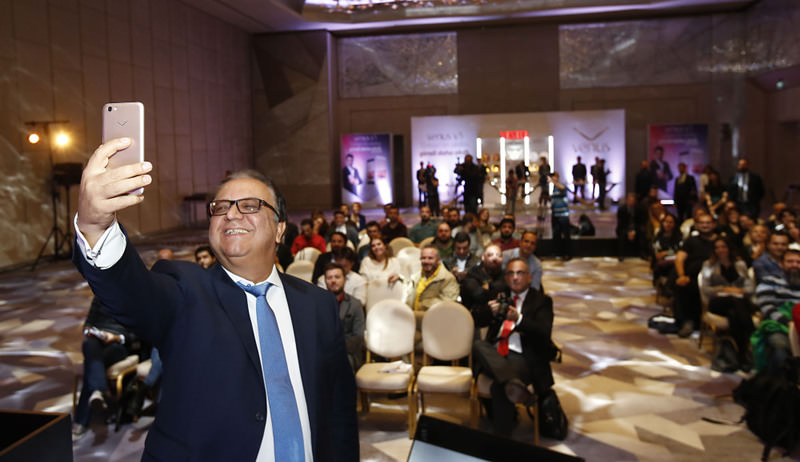 by daily sabah
Nov 18, 2015 12:00 am
Vestel recently released the newest series of Turkey's first domestic smart phone, the Venus V3. Vestel Electronics brought three different V3 models to the market, aiming to reach 1.5 million in sales by the end of 2016. So far this year the company has sold 500,000 Venus phones in Turkey.

Speaking at the launch event, Vestel Corporate Group CEO, Turan Erdoğan, announced that their sales target is three million in Turkey and one million abroad. Erdoğan also predicted that they will reach 500,000 in sales by the end of this year; however, their sales number will increase to 3 million by 2017. Erdoğan underscored that they paid detailed attention to the design of the V3 and said, "We used metal cases and diamond frames. We invested in the design." An 8-core 64-bit Qualcomm operator in the 5570 and 5070 models enables the new devices to run most applications smoothly. Moreover, 2GB ram, 32GB storage and 64GB SD card support make the smart phone's performance excellent. All V3 models will offer 50 GB of storage room via V-Cloud for an entire year at no cost. This large storage capacity will allow users to archive the photos and videos they take.

The V3 series has faster charging capabilities than previous models, thanks to the Venus V3 Quick Charge 2.0 feature. Vestel's new smart phone charges 75 percent faster than other smart phones. The"Live Support" application for the V3 series will also help customers solve their problems without having to visit a service center. The application allows customers to acquire live information from experts and receive assistance with app downloading, deletions, data recovery and the restoring of factory settings. The Vestel Remote application is unique to Vestel Smart TVs and will enable new V3 phones to function as remote controls. Moreover, Vestel offers a free three-month TİVİBU Cinema subscription.