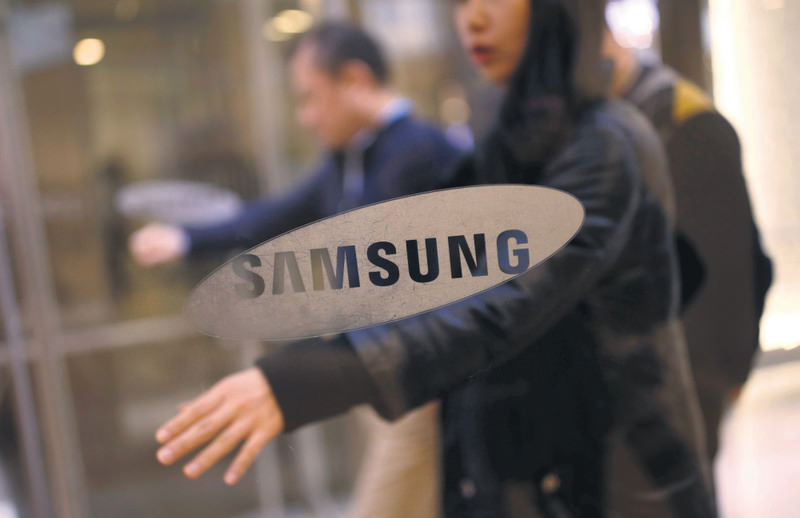 The South Korean company's fourth-quarter profit rose 15 percent compared to a year earlier, a smaller-than-expected gain, as the world's largest maker of smartphones and memory chips struggles to revive growth

Samsung Electronics on Friday flagged a 15 percent increase in 2015 Q4 operating profit, rounding off a year in which the world's largest smartphone producer struggled with fierce competition from arch-rival Apple and cut-price Chinese competitors. In an earnings estimate, the South Korean tech giant predicted an operating profit of 6.1 trillion won ($5.1 billion) for the October-December period, up from 5.4 trillion won a year earlier. The figure was below the estimate of 6.64 trillion won given by analysts surveyed by Bloomberg News, and also marked a 7.5 percent drop from the previous quarter.

Samsung lost more than $8 billion in market value in 2015, with its flagship smartphone business sandwiched by top-end rivals like Apple's iPhone and lower-end devices from fast-growing Chinese outfits like Huawei and Xiaomi. Sales of the Galaxy S6 - the latest edition of Samsung's top-of-the-range handset, launched in April - failed to generate much excitement among consumers. The company's shares posted a third straight annual decline last year, dropping 5.1 percent. Sales were expected to be 53 trillion won in the fourth quarter, the company said, again slightly below analyst estimates. Friday's forecast, which comes ahead of audited results to be released this month, did not provide a net income figure or breakdown of divisional earnings. Losses in Samsung's mobile division have partially been mitigated by brisk business in chips and displays.

That is because as well as providing the chips for the company's own handsets, Samsung's semiconductor unit also makes the processors for a number of other companies - including Apple.

"The profit from semiconductors and display panels offset the weak performances in smartphones and consumer electronics in 2015," said Greg Noh, analyst at HMC Investment Securities.

"But we are expecting a drop in the momentum for demand in all finished goods in 2016, and that will lead to a decrease in earnings in the parts sector," Noh told AFP.

After peaking at 10.1 trillion won in the third quarter of 2013, Samsung's operating profit hit a bottom of 4.6 trillion won in the corresponding period of 2014 before climbing back up gradually. As Samsung's reliance on the chipmaking business grew, the firm in May began building a new $14.3 billion chip plant in Pyeongtaek, 65 kilometres (40 miles) south of Seoul.

This investment in the factory, which is to begin production in 2017, is the largest the firm has ever committed to a single plant. Last month, Samsung replaced the head of its mobile business and promoted the chairman's daughter in an effort to reassert its smartphone dominance amid a generational power transfer in the founding Lee family. Samsung Group chairman Lee Kun-Hee has remained bedridden since suffering a stroke in 2014. The Lee family controls the vast conglomerate through a complex web of share cross-holdings in group subsidiaries.
RELATED TOPICS