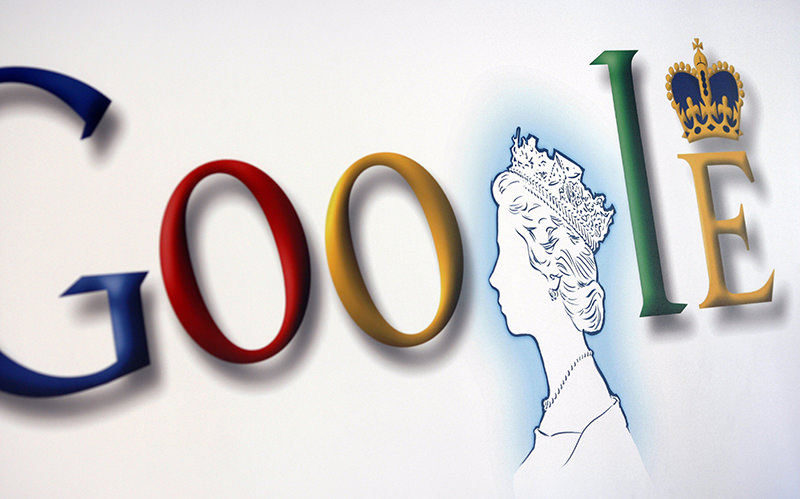 | AFP Photo
by Feb 11, 2016 12:00 am
UK lawmakers accused Google on Thursday of trying to fool Britons into believing it was a proponent of tax reform while remaining a prime beneficiary of loopholes in existing rules, and said if it was sincere the company would be more transparent over its tax affairs.

Google's president for Europe, Middle East and Africa (EMEA), Matt Brittin, told the parliamentary Public Accounts Committee that the company had paid all the tax that it should but wanted the international tax system reformed.

But Stewart Jackson, a Conservative member of the committee, questioned claims that the company was trying to be open about its affairs and supported a rewriting of antiquated tax rules which allow it to shift its profits into Bermuda.

"You sort of pose as an enlightened helper to the public debate ... And that the wicked awful tax system across the world somehow just happened to Google, whereas actually you've made a choice to avoid tax and set up structures specifically so to do," he said.

Brittin was appearing before the committee for the third time in four years, just weeks after Google had announced a controversial 130 million-pound ($187 million) backtax deal with the UK.

News of the deal met with a public outcry, with critics saying the payment of 130 million pounds to cover the last 10 years of earnings was too little, even though finance minister George Osborne initially described the settlement as a major success for the government's work on tackling tax avoidance.

The opposition Labour party and some members of Osborne's own Conservative party criticized the settlement, which brought Google's total tax bill for 2005 to 2015 to around 200 million pounds whereas its UK revenues amounted to 24 billion pounds.

Tom Hutchinson, Google's vice president for tax, also told the committee the dispute with HM Revenue & Customs (HMRC) reflected the complexity of tax law, rather than any attempt not to pay the right amount and that this was echoed in the fact the settlement included no penalty.

Google pays an effective tax rate of around 5 percent on non-U.S. profits by channeling earnings from clients in EMEA and Asia into a Bermuda-based, Irish registered company, a Reuters analysis of company filings shows.

Meg Hillier, a Labour member of parliament and chair of the committee, said Google should follow the examples of companies like Norway's Statoil and UK bank Barclays which itemize their earnings and tax payments by country.

The European Union is debating whether to make such country-by-country reporting mandatory across all industry sectors.

In the course of increasingly heated questioning on Thursday, Hillier asked Brittin several times to say how much he was paid.

He declined, saying he didn't know the exact figure but would provide the figure to the committee later, prompting laughter.