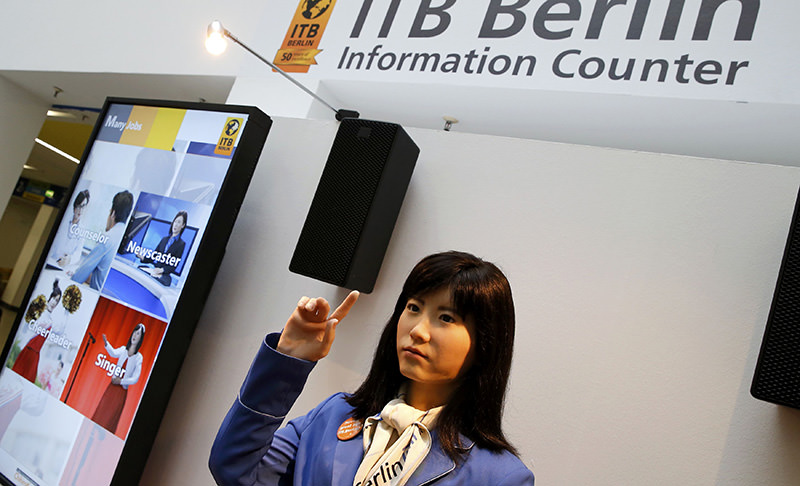 Chihira Kanae is greeting visitors to the world's biggest travel fair in Berlin this week, answering questions and guiding people in the right direction. But one passer by's attempt to ask her out for dinner is met with silence.

That's because Chihira Kanae, despite her lifelike features and long brown hair, is a robot, the third version of a robot in human form developed by Toshiba and can only answer pre-programmed questions.

She was joined at the ITB fair on Thursday by another robot host Mario, a small red and white robot made by French Aldebaran Robotics, showing how they might be put to use in the travel industry, such as checking in hotel guests. 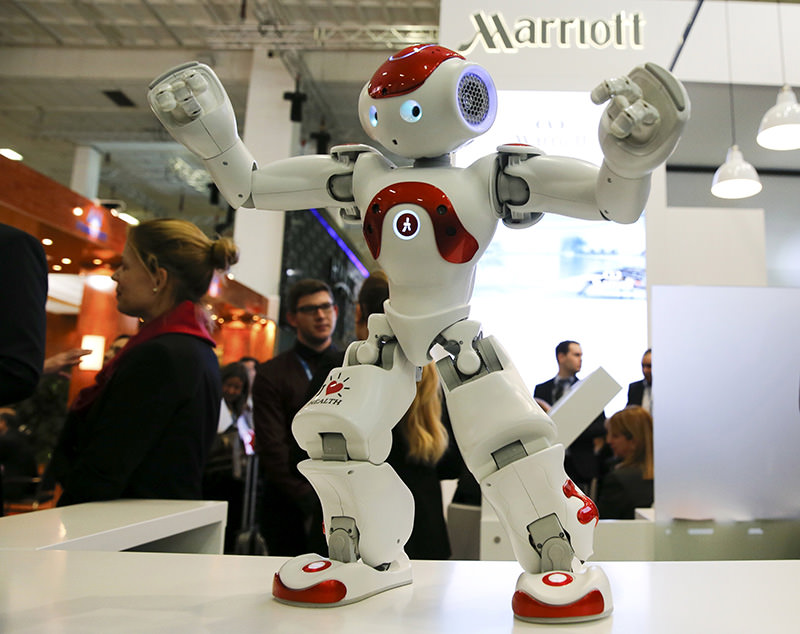 "The point is to make people smile and give them a unique experience. It's not to take the place of employees," Fabrice Goffin, co-founder of QBMT whose software powers Mario, told Reuters at the fair.

The Marriott hotel in Ghent has been trialling Mario, using him to hand out room keys, high-five guests and liven up meetings held in the hotel by reading out presentations.

Marriott was keen to stress that Mario will not replace any human staff.

"For now it's a great add-on service," Roger Langhout, general manager of the Marriot in Ghent, said.

A survey of travellers across Britain, France, Spain, Germany, Canada, Brazil, Japan, the U.S. and China, done by online travel and entertainment deals site Travelzoo showed that 80 percent of consumers expected robots to play a big part in their lives before 2020.

However, the survey also showed people still wanted the human touch when on holiday and in certain countries, such as Germany and France, consumers were more sceptical.

"Consumers still want humans in the picture, as otherwise there is a genuine fear that cultural nuances, humour and irony will be missed and the holiday experience could become too impersonal," Richard Singer, Travelzoo's European president, said.

Best Western CEO David Kong said robots were an interesting area but the technology had to be more useful, such as for cleaning rooms. "If it's just a cutting-edge cool idea, maybe it won't survive."