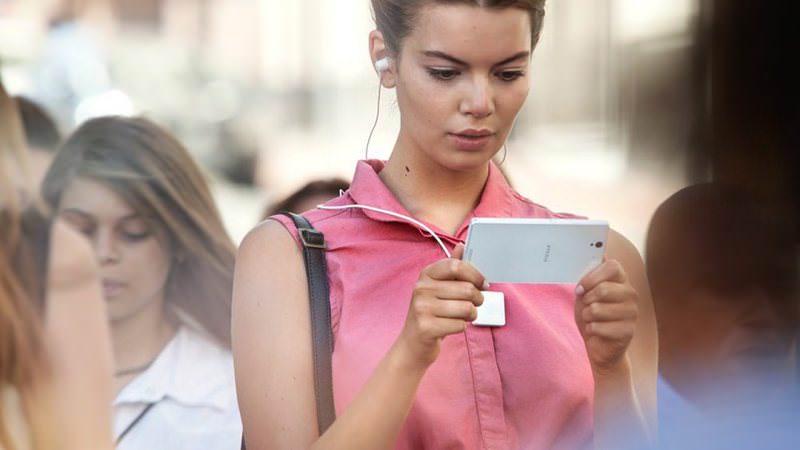 by Daily Sabah Apr 01, 2016 12:00 am
Mobile subscribers in Turkey will be able to use 4.5G technology as of today. Transport, Maritime and Communication Minister Binali Yıldırım issued a warning to the country's youth, as they are the most likely to use mobile Internet, regarding the cost of 4.5G use. He said the new technology's higher speed could make it more costly than previously expected, suggesting that people use it with caution at first, depending on their data plan. He added that even though the amount used is a personal choice, the ministry will either forgo the speed or implement a quota in terms of 4.5G use.

Prior to 4.5G technology, third-generation (3G) technology, which enabled people to use high-speed mobile Internet was used. Before that, there was the second-generation (2G) technology, which mainly allowed for the transmission of text messages and GSM voice calls. According to Yıldırım, as people demand more bandwidth to watch high-definition videos online and benefit from the availability of mobile Internet, the need for speed will increase. This is also the primary reason why the ministry is focusing more on expanding infrastructural work.

While 4.5G technology claims to bridge the gap between 4G and 5G, it provides 10-times the speed of 3G technology. The most important feature of 4.5G is the increase in data transmission speeds. Yıldırım said that, as of today, citizens all over the country will be able to benefit from this technology, albeit in a limited way, adding that there are approximately 4,600 stations that will operate the new technology as well as 13,302 base stations, which will increase in the coming months.

Turkey's mobile telecom companies; namely, Turkcell, Avea (currently operating as Türk Telekom) and Vodafone have invested 1.9 billion euros, 1.1 billion euros and 918 million euros, respectively, in a bid that took place on Aug. 26, 2015, in order to get licensed to provide the service. In addition, while Turkey's telecom operators continue to invest in data centers, global Internet and technology giants are growing increasingly interested in the local market. Moreover, it is a necessity for Turkey to establish more Internet exchange points (IXPs), as it currently only has two. In 2014, one of the three main centers that distribute international domain names through the servers of the Internet Corporation for Assigned Names and Numbers (ICANN), which opened an office in Turkey as a result of initiatives by the Information and Communication Technologies Authority. Also, in a December 2015 meeting in which the International Data Corporation's (IDC) 2016 predictions were announced, Microsoft Turkey's General Manager Murat Kansu said they can invest in data centers in Turkey if the necessary environment is established.