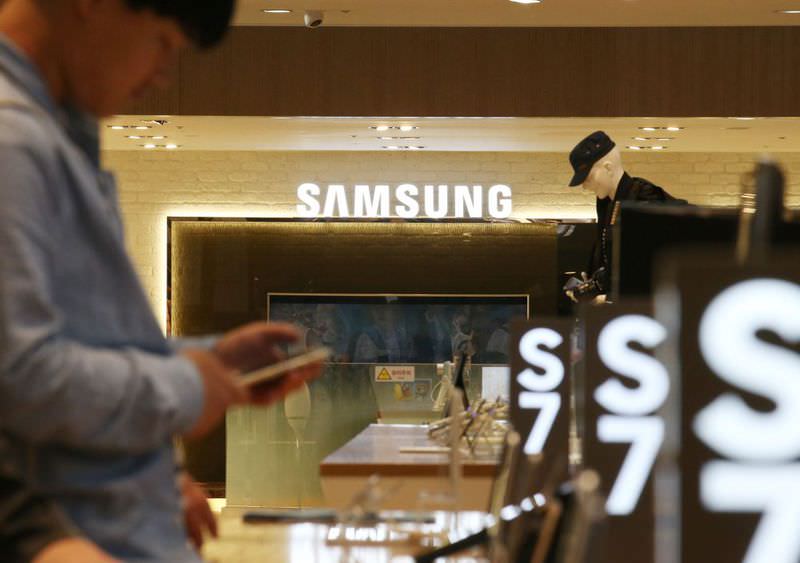 The world's largest smartphone producer said operating profit in the January-March period was expected to reach around 6.6 trillion won ($5.6 billion), up from 6.0 trillion won a year ago.

The profit figure was substantially higher than the 5.53 trillion-won average of analysts' estimates compiled by Bloomberg News, and up from the 6.1 trillion won posted in the fourth quarter of 2015.

The result will encourage shareholders after a disappointing 2015 that saw Samsung lose more than $8.0 billion in market value, with its flagship smartphone business sandwiched by top-end rivals like Apple's iPhone and lower-end devices from fast-growing Chinese outfits like Huawei and Xiaomi.

In an effort to defend its smartphone share, Samsung rolled out the latest version of its flagship Galaxy smartphone in March -- a month earlier than the previous year and ahead of new launches by its competitors.

The combined shipments of the Galaxy S7 and Galaxy S7 Edge are estimated to have reached 10 million units within 20 days after the launch.

"We expect the Galaxy S7 to be the world's best-selling Android smartphone in 2016," said Neil Mawston, executive director at Strategy Analytics Inc.

"Samsung's range of lower-cost models, like the J series, is also selling well," Mawston said. At the same time, the South Korean won has weakened against the dollar, providing a pricing edge for exports.

Samsung estimated overall sales for the first quarter at 49 trillion won, up from 47.1 trillion won a year before.

Thursday's forecast, which comes ahead of audited results to be released this month, did not provide a net income figure or breakdown of divisional earnings for the company's mobile, TV, semiconductor and display units.

The performance of the Galaxy S7 is expected to have pushed the mobile division back up to top spot as Samsung's largest earnings source.

In recent quarters that position had been taken by the conglomerate's chip business, which had picked up the slack when the once all-conquering mobile unit started to flag.

As well as providing the chips for the company's own handsets, Samsung's semiconductor unit also makes the processors for a number of other companies -- including Apple. Greg Noh, an analyst at HMC Investment Securities, voiced doubts that the first-quarter profit jump would be extended to the rest of the year.

"It will be difficult to carry on the momentum," Noh said, noting that the strong initial performance of the Galaxy S7 was driven by sales to distributors rather than consumers.

"From the next quarter, there will be a rise in marketing costs for consumer sales. Samsung will probably not see a higher rise in profit than it did this quarter for the rest of the year," he added.

Investor response to the estimate was equally wary, with Samsung's share price closing down 1.25 percent on Thursday

And Samsung will face a fresh challenge following the launch Thursday of Huawei's P9 smartphone -- the Chinese maker's first foray into the high-end segment of the market where it hopes to take on the iPhone and Galaxy S handsets.

Huawei is the world's third-biggest smartphone maker, with an 8.1 percent share of the global market in the fourth quarter, behind Samsung's 21 percent and Apple's 19 percent, according to research firm IDC.

The P9 will be available beginning April 16 in at least 29 countries, including China, several European markets and the Middle East.
Last Update: Apr 08, 2016 1:16 am
RELATED TOPICS