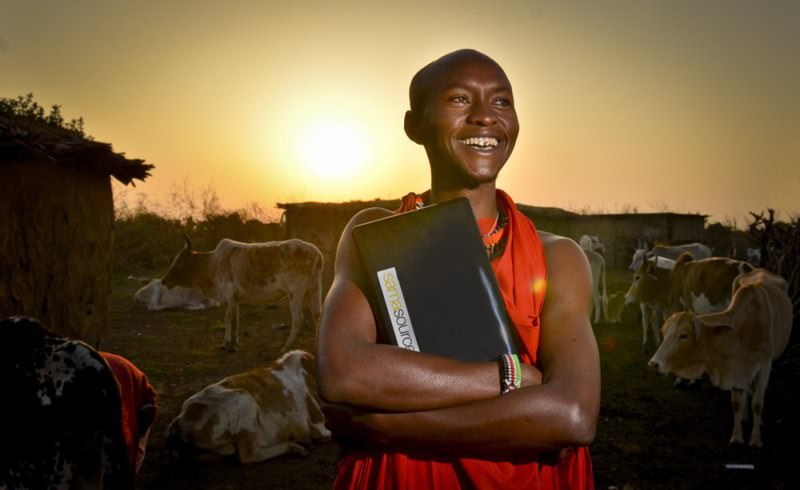 The World Economic Forum on Africa opens in the Rwandan capital Kigali on the heels of its bigger avatar in the chic Swiss resort of Davos, which stressed the need to shift to the digital era.

"This is an opportunity for us also to consider what this means in the context of Africa, with ongoing opportunities and challenges," said Elsie Kanza, WEF's Africa head.

Africa, the world's poorest continent, is a major source of raw materials for more developed economies, including China, which has tapped its resources to power its economic juggernaut.

"The key question here is what are the new industries that can be created by Africans?" Kanza said.

Sub-Saharan Africa has been hit by slower growth partly caused by plummeting commodity prices. Growth is predicted to fall to around three percent in 2016, the lowest in nearly two decades.

Among the most affected countries are oil producing giants such as Angola and Nigeria and mineral-rich Democratic Republic of Congo and Zambia.

But according to the International Monetary Fund (IMF), Ivory Coast, Kenya and Senegal were among the nations recording strong growth above 5 percent, benefiting from cheaper oil, infrastructure investment and consumer demand.

The so-called "digital era" has been dubbed the Fourth Industrial Revolution by WEF founder and head Klaus Schwab who wrote a book on the theme and spoke of an age of artificial intelligence, 3D printing, self-driving cars, genetic editing and other sweeping changes.

Schwab's book says the new technologies will affect all disciplines, economies and industries and argues that the world must gear up to meet the challenge.

But for Africa, this will be an uphill struggle against woefully inadequate infrastructure, poor power supply and weak internet penetration. "You can't just become a high-tech hub without the fibre-optic cables, without sufficient power supply, and that is what is critical for a number of African economies that are looking to transform," said Natznet Tesfay, an analyst at advisory firm IHS Country Risk. "If anything, the low commodity price environment just shows the greater need for Africa to transform its 54 markets to facilitate more industrial growth," Tesfay said. Another pressing issue for Africa is developing the need to thrive in a digital age. According to experts, this will take time.

"I believe there will be an adjustment period, a lot of investors were in Africa for raw materials," said Roger Nord, deputy director for Africa at the IMF.

"As a country that doesn't have much natural resources, as a country that is landlocked we believe that IT can become something that is going to become very, very useful in terms of driving the economy."

Some countries have already begun to diversify, including Ivory Coast, the world's top cocoa producer, which recently opened its first cocoa processing plant.

The theme of the 26th WEF for Africa is "Connecting Africa's Resources through Digital Transformation" and is expected to draw more than 1,200 participants, including at least 10 heads of state.
RELATED TOPICS