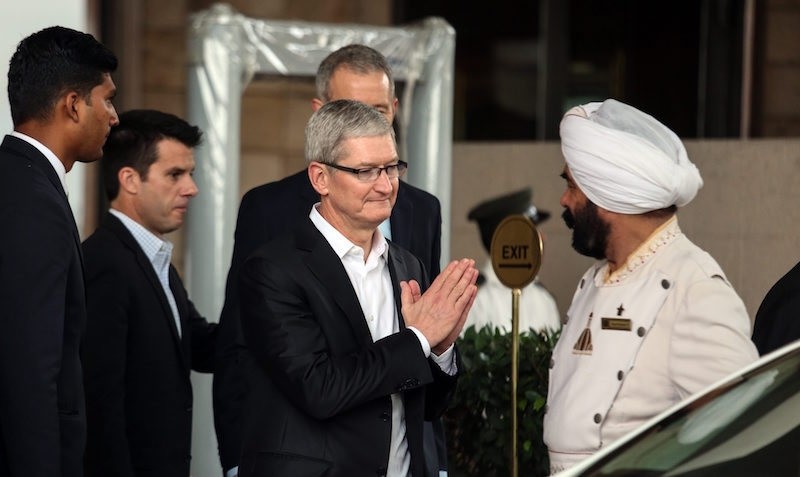 |EPA Photo
by May 19, 2016 12:00 am
Apple plans to open a new office in Hyderabad, India that would focus on development of maps for its devices and was expected to create up to 4,000 jobs, the company said Thursday.

"The talent here in the local area is incredible and we are looking forward to expanding our relationships and introducing more universities and partners to our platforms as we scale our operations," Apple's chief executive officer Tim Cook said.

Cook is on a week-long visit to India, one of the world's fastest growing markets for mobile phones, in search of new growth areas for the company which saw a slump in sales in 2015.

In India, the market for smartphones grew 28.8 per cent in 2015 with a sale of 103.6 million units, according to International Data Corporation's Mobile Phone Tracker. Apple's share is about 2 per cent.

Apple would be partnering with information technology services company RMSI for the map development project.

"We are experts in geospatial data and we will be hiring thousands of people from the local area to support this effort," RMSI chief executive officer Anup Jindal said.
Last Update: May 19, 2016 2:54 pm
RELATED TOPICS