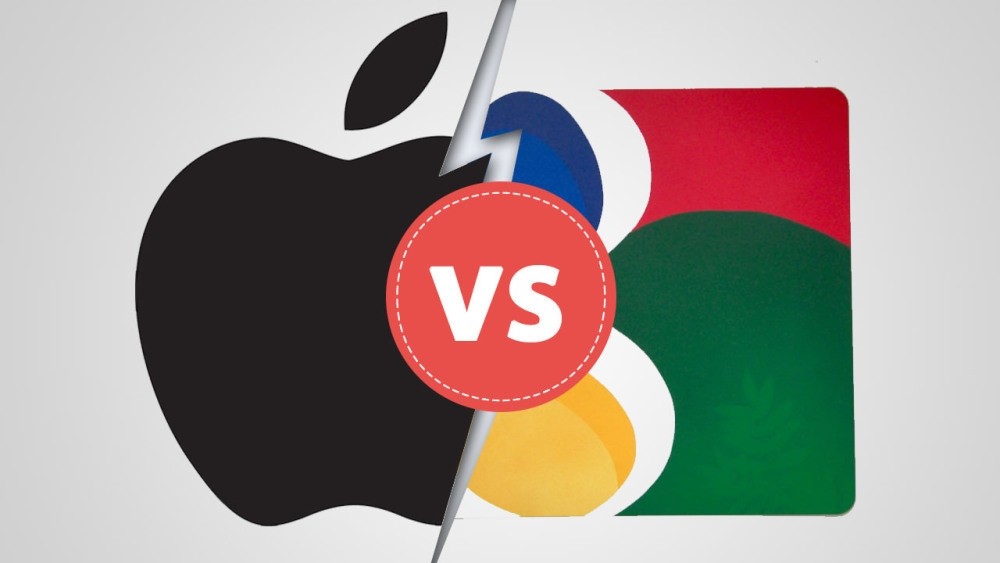 by May 23, 2016 12:00 am
For a brief time early this year, Google parent Alphabet overtook Apple as the world's largest company by market value. Apple then regained, lost and recovered the leader position in May in a battle that appears set to continue for some time. At the close Friday, Apple was worth some $522 billion, to $496 billion for Alphabet. The two companies have both been hugely profitable in recent years, for different reasons.

Apple has delivered a line of must-have iPhones and other gadgets that have set trends around the world but now "appears to be a little bit immobile," says Roger Kay, analyst at Endpoint Technologies Associates. Apple shares have slumped some 30 percent over the past 12 months over concerns that its stunning growth pace is slowing and that the iPhone won't be able to rake in profits as it has up to now.

Kay said Apple may be losing the position of innovation leader it achieved after the iPhone, with no new major hit products coming. "They haven't really changed the nature of the game," Kay said. "The (Apple) Watch came in, it was kind of interesting, people liked it... but developers are still searching for exactly how to use it." Google, meanwhile, been evolving from a pure search engine to a leader in mobile with its Android operating system. And it has at the same time been investing in "moonshots" - grand ventures that may have potential such as self-driving cars, fiber networks and Internet balloons. Google "has positioned itself well, through organic investments and acquisitions, for most of the major trends in consumer Internet: mobile, video, local," said RBC Capital Markets analyst Mark Mahaney in a research note. Kay said the Android system which powers some 80 percent of mobile handsets is a valuable franchise that helps Google's mobile advertising efforts.

"The narrative that has boosted Google is the one about technology innovation and being at the wellhead of various important technologies," Kay said. "That may or may not finally pay off. But they're looking. They're using their money to try to find innovative things to make the next big thing, whatever it is." For Apple, a key moment will come later this year with the expected unveiling of its iPhone 7, a test on whether it can keep up its innovation and entice consumers to trade up. The two companies have a virtual duopoly on the smartphone market, but Apple makes its own hardware and software while Google provides only the free Android software for handsets, including many made by low-cost manufacturers.
RELATED TOPICS