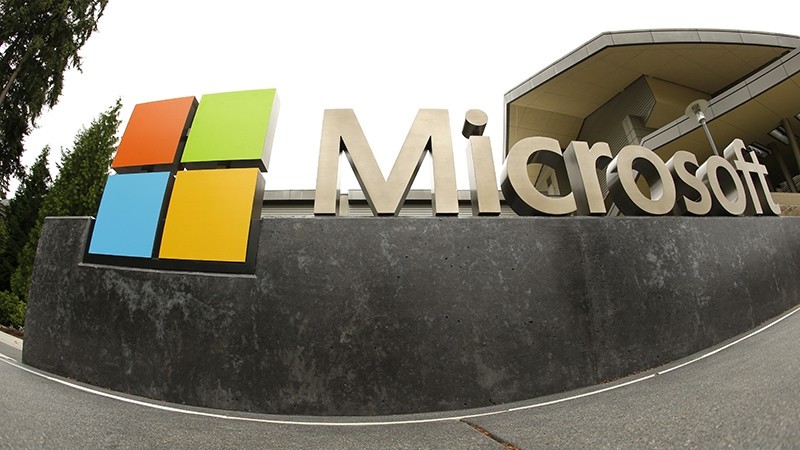 In a move that clearly puts the stamp of two-year chief executive Satya Nadella on the U.S. company, Microsoft said it would shed up to 1,850 jobs, most of them in Finland, and write down $950 million from the business. It did not say how many employees currently work on smartphones in the group as a whole.

Shares of Microsoft were trading around $52 late Wednesday, roughly flat with their $51.59 close Tuesday, but significantly up from $34.20 when Nadella became CEO in February 2014.

Remaking Microsoft, known primarily for its software, into a more device-focused company was a hallmark of previous chief executive Steve Ballmer.

In one of his last major acts, Ballmer closed a deal to buy Nokia's struggling but once-dominant handset business for about $7.2 billion in late 2013. The deal closed in April 2014, two months after Nadella became CEO.

Since then, Nadella has shaved away at the phone business, starting with a 2015 restructuring that put the devices group, previously a stand-alone unit under former Nokia chief Stephen Elop, under the Windows group. Run by Terry Myerson, the Windows division is the company's biggest.

A Finnish union representative told Reuters the cuts would essentially put an end to Microsoft's development of new phones.

"My understanding is that Windows 10 will go on as an operating system, but there will be no more phones made by Microsoft," said Kalle Kiili, a shop steward.

Microsoft said in a statement it would continue to develop the Windows 10 platform and support its Lumia smartphones, but gave no comment on whether it would develop new Windows phones.

Global market share of Windows smartphones fell below 1 percent in the first quarter of 2016, according to research firm Gartner.

The company said on Wednesday it expected to cut all 1,350 jobs at its Finnish mobile phone unit and close down a research and development site in the country. A further 500 jobs will go in other countries, it said, without giving details.

"We are focusing our phone efforts where we have differentiation," Nadella said in a statement.

"We will continue to innovate across devices and on our cloud services across all mobile platforms."

Nokia dominated around 40 percent of the world's mobile phone industry in 2008 before it was eclipsed by the rise of touch-screen smartphones.

As a result, Nokia and Microsoft have slashed thousands of Finnish jobs over the past decade, and the lack of substitute jobs is the main reason for the country's current economic stagnation.

The Microsoft phone business still has a dedicated fan in Ballmer, who bragged about his device at a San Francisco dinner hosted by Fortune in March.

"It's a Windows phone," he said as the audience laughed. "Why wouldn't it be?"