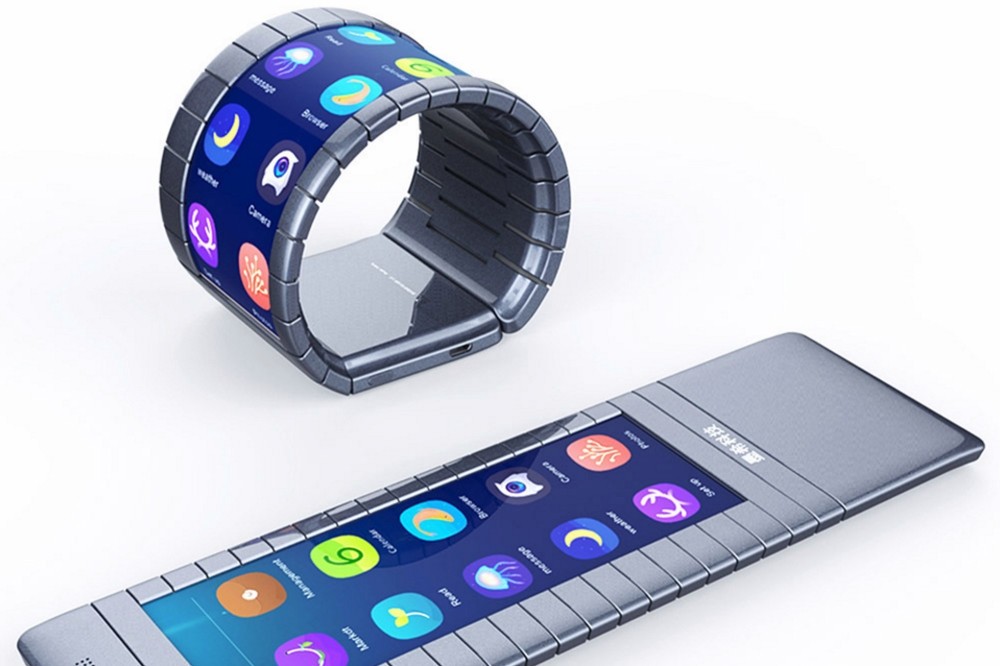 Photo courtesy of Moxi Group
by Daily Sabah May 27, 2016 12:00 am
Soon there will be no need to put our smartphones in our bags or pockets, as a Chinese startup based in Chongqing is planning to sell bendable smartphones this year that can be worn like a bracelet. According to Bloomberg, Moxi Group is designing bendable smartphones, which will first be available with black and white displays.

Unlike other smartphones, the smartphone's battery, processor and other main components are tucked into the phone's base, instead of behind the screen. The screen is based on graphene technology, a light and flexible material that was created by researchers at the University of Manchester in 2014. "Black and white phones are much easier to make," Chongsheng Yu, Moxi's executive vice president, told Bloomberg.

"The color model power usage is also much higher than that of the black and white unit. We'll sell in China and if there's demand overseas, we'll look into it," he added. Speaking to Bloomberg, Aravind Vijayaraghavan, a graphene researcher at Manchester University, said: "If you make a working, bendable phone then it's a massive market." New bendable smartphones will cost around 5,000 yuan ($765), and the company plans to ship 100,000 devices by the end of this year. Flexible smartphones have been developed before, but Moxi's smartphones will be the first truly bendable phone in the world.
Last Update: May 27, 2016 1:03 am
RELATED TOPICS