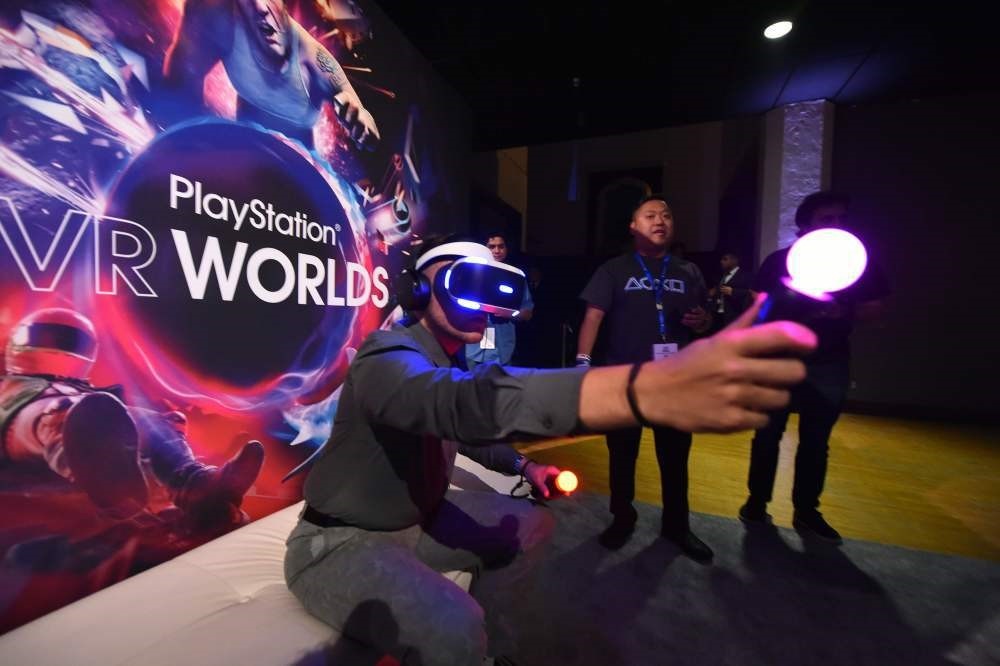 by Jun 15, 2016 12:00 am
Sony Interactive Entertainment on Monday said its keenly awaited PlayStation virtual reality (VR) headset will hit the market on Oct. 13 at a price of $399.

The arrival of PlayStation VR will come later than expected, to provide time to prepare games and to build up an ample supply of headsets for launch, according to Sony.

At a PlayStation press event on the eve of the Electronic Entertainment Expo in Los Angeles, Sony Interactive Entertainment worldwide studios chairman Shawn Layden proclaimed a "seminal moment" in virtual reality. Layden promised more than 50 games for PlayStation VR will be available within months after the launch, among them zombie-shooter "Resident Evil," one based on the iconic "Star Wars" franchise, and another on the comic book dark knight "Batman."

Warner Brothers Interactive Entertainment (WBIE) and DC Entertainment announced that "Batman: Arkham VR" will be released exclusively for PlayStation in October, for the first time ever allowing players in virtual reality to "be the Batman."

"Virtual reality is expanding the video game space and entertainment overall, so it is extremely exciting to have our incredible team at Rocksteady Studios dive into this new storytelling medium with the Batman Arkham franchise," said WBIE president David Haddad. Haddad promised that people would see through the eyes of the DC comic character referred to as the world's greatest detective, and deliver a "more immersive experience than anyone could have imagined only a few years ago."

Facebook-owned Oculus began selling its Rift virtual reality headsets earlier this year for $599, a price which does not include the cost of a computer that can handle the processing and graphics demands of the technology. HTC set a price of $799 for Vive VR gear, which also requires computer systems that can handle the rich experience.

Layden said that PlayStation VR headsets will work with PS4 consoles, more than 40 million of which have been sold.

"Our mission is to make PlayStation the best place to play for gamers," Sony Interactive Entertainment president Andrew House said during the press event.
RELATED TOPICS