Could Pokémon Go be a worldwide surveillance operation conducted by the CIA? 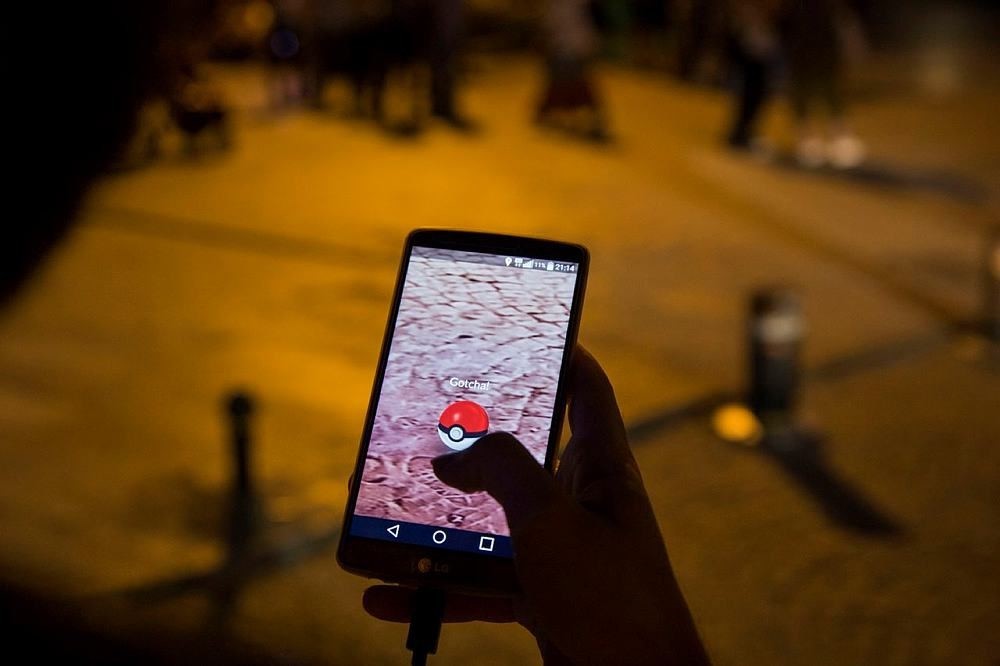 With its excessive data access on your phone system and request to have full access permission over your Google account, the new augmented reality game made some users suspicious. As the brain behind Pokémon Go, John Hanke, has previously received funds from a CIA-linked company, some "trainers" are nervous over safety whilst playing the game

Now that you are trying to catch that Charmender right on your sofa, you may not feel concerned about your privacy as you are solely throwing a PokéBall on your smartphone screen. But when your virtual privacy is the case, you may be a little nervous, as the Pokémon Go, the augmented reality game which is 'breaking the internet' nowadays, has some links to the Central Intelligence Agency.

For skeptics, this may have come as a baseless conspiracy theory, but it is in fact quite simple: John Hanke, meaningfully nicknamed as the "mastermind" behind the game that "needs" full access to every single detail of your Google account, is the man who previously received funding from the CIA's venture capital firm In-Q-Tel to develop what later became Google Earth.

Just for the record, In-Q-Tel states its mission as "IQT identifies, adapts, and delivers innovative technology solutions to support the missions of the Central Intelligence Agency and broader U.S. Intelligence Community" on its own website.

In the beginning of the 2000s, In-Q-Tel invested in Keyhole Inc., the company for which Hanke received CIA funds.

Keyhole was a software development company specializing in geospatial data visualization applications. In-Q-Tel, which funded the company, receives the majority of its funds from the National Geospatial-Intelligence Agency, which means that your privacy may be at the hands of two intelligence agencies.

On the other hand, Niantic, Inc., the company that co-produced Pokémon Go with the Pokémon Company, was initially founded by Hanke as an internal startup at Google before it became an independent company in 2015. The company is best known for its augmented reality games including Ingress, which was released at the end of 2013 and also took the internet by storm. An interesting point about the two games is that they both require access to your camera even though the "Augmented Reality (AR)" switch can be turned off. When people in general tend to favor playing games in AR mode and the location is a definite must to play the game, the picture becomes clearer, at least for a conspiracy theory that has some ground.

With the claim that Pokémon Go is a massive surveillance operation that employs spies without paying them a cent and even charging them via in-app purchases, internet users including Adam Reeve, a blogger and a principal architect at RedOwl Analytics, got suspicious and started digging a little bit deeper on the requirements to be able to play the game.

As the game needs "full account access" to your Google account which may contain your contacts' numbers, emails, your photos and videos on Google Drive, and also wants you to grant it access to nearly everything in your phone system especially on Android, Reeve labeled it a "huge security risk" and said that Pokémon Go can basically do the following:

Read all your emails

Send emails as you

Access all your Google Drive documents (including deleting them)

Look at your search history and your Maps navigation history

Access any private photos you may store in Google Photos

And a whole lot more, as the architect said in his blog post.

However, Niantic later issued a statement that says the company "erroneously" requested permission to full access of personal information. An update to fix the giant "mistake" is yet to be released.

A Reddit user also put forth other reasons why the AR game might be useful for intelligence agencies and governments to spy on your private life.

"Obviously, intelligence agencies have gained a lot of information from Google Maps and Street View, but this data was collected with driving cars," he wrote on the post, touching on the chances that services provided by Google, the company that usually comes under antitrust charges -the latest one being from the European Union on Thursday, may be used or at least be useful for intelligence agencies or espionage.

Saying that the camera used for playing the game could easily be a handy tool for spying as the device is connected to the internet, he said "Imagine all these photos going back to some database, with the augmented Pokémon removed. All these photos are probably GPS tagged, as well as having the phone's x/y/z orientation of the game angle in the phone."

As the game needs to use the internal gyroscope of the phone, this claim seems to have some ground too as pictures taken with your phone during gameplay would need to be adjusted in order to be displayed normally.

In a world where we literally hand out all of our personal information via social media, escaping the prying eyes of the "Big Brother" of a Orwellian dystopia may be hard. But maybe, turning off the AR switch and using a blank Google account could be a good idea.